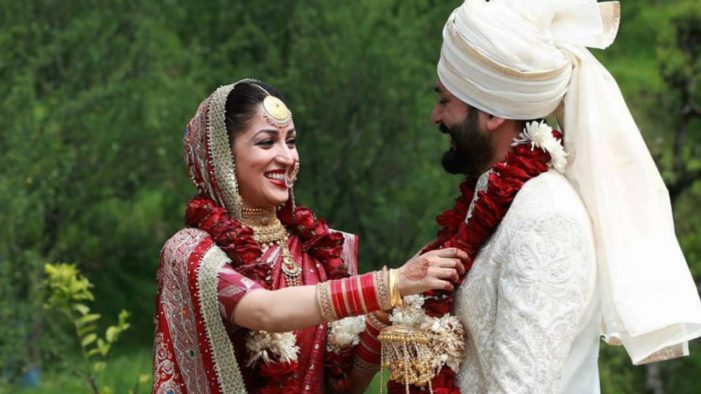 Yami Gautam and Aditya Dhar’s secret wedding ceremony was planned in a day as revealed by their wedding planner. The couple tied the knot on June 4, 2021, in Himachal Pradesh. They dropped their wedding photo on social media pages to make the surprise announcement. Now during an interaction, the wedding planner revealed that Yami’s father gave them just a day’s notice.

Wedding planner Gitesh Sharma told Midday, “Yami’s father contacted us a day before their wedding ceremonies [sangeet and mehndi] began. The Gautams brought their own family pandit [priest] from Bilaspur or Hamirpur for the rituals.”

He further spoke about their simple and best plan for the ceremonies stating, “They were clear that they didn’t want a larger-than-life, glamorous wedding. Instead, they wanted the ceremonies to be conducted naturally and traditionally, as it happens in their hometowns. They got married in front of a deodar tree. The mandap was decorated with marigold flowers and banana leaves, with a gold-and-white theme running across the décor. After the wedding, there was a small reception in the evening with family members. The mehndi was held in the courtyard.”

Talking about the feast served at the wedding, Gitesh told the daily, “The dham [comprised] the sepu badi [urad dal dumplings in spinach gravy], kaddu aur chana khatta, and badana for dessert.”

Aditya made his directorial debut with the film ‘Uri: The Surgical Strike’ starring Vicky Kaushal in the lead role. The film also starred Yami playing a pivotal character.