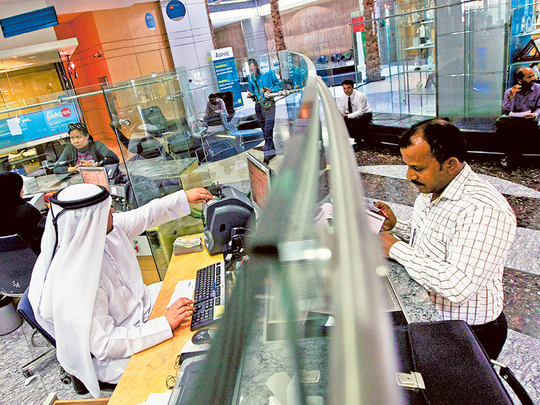 Dubai: Starting next week, UAE banks will report their first half 2021 results reflecting continued improvements in profitability, cost efficiency and asset quality, resulting from overall economic conditions in the country.

The first quarter results of most of the leading banks in the UAE points to improving operating conditions characterised by better non-interest incomes, gains in cost savings and significant reduction in loan loss provisions supporting profitability.

The UAE banking sector has witnessed a sizeable improvement in profitability in the first quarter, and the trend is likely to continue for subsequent quarters.

The first quarter 2021 numbers showed a small decline in loan growth with interest incomes under stress due to the low interest rate environment, somewhat offset by savings from lower cost of funds.

An analysis of the results of top 10 banks in the UAE in the first quarter of 2021 by Alvarez & Marsal (A&M) showed the banks are on a recovery path along with the economy.

“The UAE banking sector has witnessed a sizeable improvement in profitability in the first quarter, and the trend is likely to continue for subsequent quarters,” said Asad Ahmed, A&M Managing Director.

“The Targeted Economic Support Scheme (TESS), which the Central Bank of UAE extended until June 2022, is expected to help cushion banks’ asset quality and ease their balance sheet stress through the second quarter of 2022.”

According to A&M’s analysis of Q1 data the top 10 UAE banks started the year on a mixed note, as the aggregate net income increased by 85 per cent QoQ, due to a decline in operating expenses and impairment charges, which supported the overall profitability.

The UAE’s strong fiscal and external positions are expected to continue to support the fundamentals of the banking sector. However, persistent pressure on the real estate sector continues to pose risks for UAE banks.

In Q1, top 10 banks’ operating income increased by 1.3 per cent QoQ. Aggregate net interest margin (NIM) continued to remain under pressure as declined to a multi-year low, decreasing by 10 bps to 2 per cent in Q1 21. This was due to a decline in yield on credit, -19 bps QoQ, while the cost of funds remained largely flat at 1.2 per cent. NIM deteriorated for most of the banks.

Cost-to-income (C/I) ratio decreased by 3.6 per cent points to 33.1 per cent, after increasing for two consecutive quarters.

Credit demand in the UAE made a remarkable recovery in overall credit appetite and demand for loans, both business and personal in Q1 2021, according to the latest Credit Sentiment Survey of the Central Bank of UAE (CBUAE).

The Q1 2021 survey showed in terms of expectations, survey respondents expressed a positive outlook towards the upcoming quarter, foreseeing a rise in demand for loans from both consumers and businesses. Looking forward, credit standards for business and personal loans are expected to soften further relative to the March quarter.

“As the economy recuperates from pandemic headwinds, banks’ income streams are expected to remain under pressure, while interest rates are likely to remain historically low. Operating costs and credit loss charges are expected to improve in 2021 compared to 2020 as banks focus on cost efficiency, adopt innovation and gain clarity on the economic recovery,” said Ahmed.