Sumona Chakravarti not a part of the new season of the ‘The Kapil Sharma Show’? 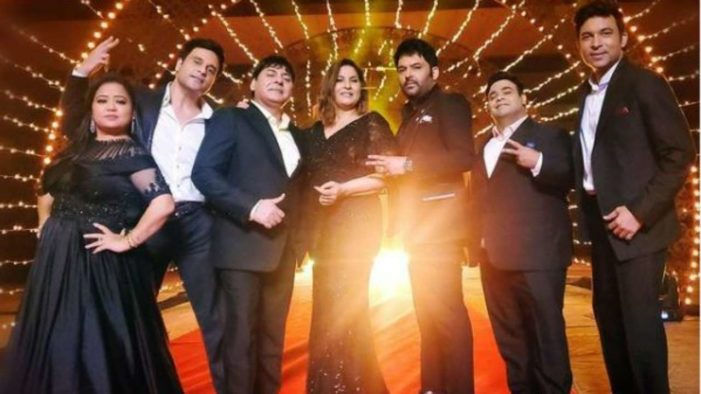 Kapil Sharma’s popular comedy talk show ‘The Kapil Sharma Show’ is all set to return to the small screen with a new season. Earlier this year in February, the show had gone off air after Kapil said that he wanted to take time off to be with his family following his wife Ginni Chatrath and him welcoming a baby boy, who they named Trishaan.

Now, the popular actor-comedian is back with a new edition of ‘The Kapil Sharma Show’ and had made sure to make some noise about it on social media. Recently, Kapil took to his Instagram handle and shared a few selfies with the star comedians who will be part of the show including Krushna Abhishek, Kiku Sharda, Archana Puran Singh, Bharti Singh, Chandan Prabhakar and Sudesh Lehri. He captioned the selfies, “new beginning with all the old faces #tkss #thekapilsharmashow #blessings #gratitude #comingsoon.”

The other stars who are part of the new edition of ‘The Kapil Sharma Show’ too took to their Instagram accounts to share photos and short clips shooting for the upcoming season’s promo. While the fans rejoiced to know that ‘TKSS’ is back and that Sudesh will be joining the team, netizens were have been left wondering if Sumona Chakravarti, who had been part of earlier editions of the show, is going to appear in the new season or not since she has been missing from the first few pictures which were recently dropped online.

In the show, Sumona has played the role of Kapil’s wife or his love interest. And now, her absence from the promo has left people thinking about whether or not they’ll get to see her in the new edition of the show.

A section of users expressed their disappointment in not seeing Sumona being part of the promo and selfies that have been shared online recently.

As per the latest grapevine, there is still uncertainty whether Sumona will join the upcoming season. However, reports suggest that the makers and Sumona are currently in talks.

As for the new season of ‘The Kapil Sharma Show’, while the old cast will be a part of the show, more comedians, actors, and writers are expected to join the team. Earlier this year in March, Kapil had announced that they are looking forward to meeting like-minded and talented individuals who are passionate about entertainment. The upcoming season of ‘The Kapil Sharma Show’ is being co-produced by Banijay Asia and Salman Khan Television (SKTV).