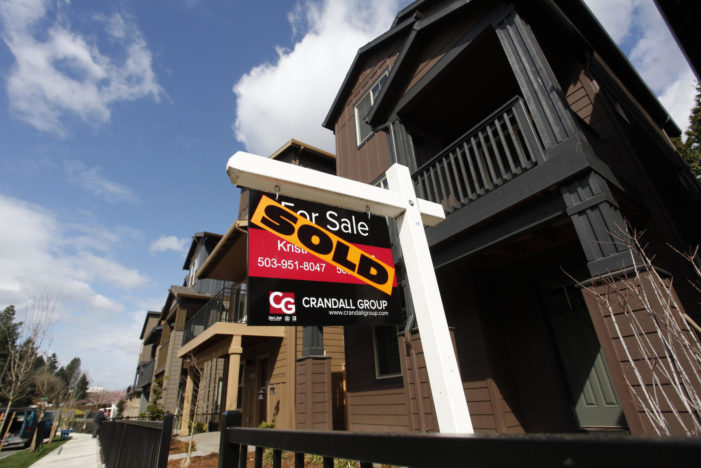 A severe supply-demand imbalance coupled with high construction costs will make for a troubling journey to normalize the housing market, a recent Bank of America (BAC) Global Research report says.

Home prices have risen sharply over the past year; 2021 alone has yielded an increase of 13%. The report describes the current price trajectory as unsustainable and predicts that price appreciation will cool next year.

After the pandemic first hit the U.S. in early 2020, home buying and selling declined as the economy slowed to a halt. Now, more than a year after the onset of the pandemic, buyers are more plentiful as more people look to re-enter the real estate market.

“The pandemic created a big push in demand all at once,” said Michelle Meyer, BofA Global Research Head of US Economics. “There were these pandemic-related relocations: some of it was out of big cities into surrounding areas, some of it was completely out of state or to new areas that seemed more attractive.”

People have been relocating to areas like Denver or Austin, Meyer says, because the economy is doing well there. Both Austin and Colorado ranked within the Wall Street Journal’s top 3 cities with the strongest job markets back in April. All of these factors have contributed to relocation, and, in turn, an increase in the demand for housing.

Notably, the BofA report found that buyer sentiment has fallen due to high prices.

“The percent of home buyers that are saying it’s a good time to buy a home is at the lowest level it’s been since the early 1980s and primarily because prices are so high,” Meyer said. “It’s less so because of interest rates.”

She references a University of Michigan consumer sentiment survey which found that the percentage of people believing the time is right to sell has soared to a record-high 80% while the percentage of those believing it is a good time to buy has dropped to 46%, the lowest since 1982.

Prices are the main culprit in lackluster consumer sentiment, the report concludes, and are an indication that a rebalancing of the market needs to occur.

This finding comes in the midst of significant cost pressures on builders, with a rise in lumber and related products’ prices having added “over $34K to the price of a new home over the past year.” These cost increases are beginning to hold back the production of new homes, the report found.

Ultimately, the report finds more significant risks in the future of existing home sales. “Looking ahead, we suspect the risks are for existing home sales to head lower due to the combination of declining affordability and tight inventories,” the report says. “Meanwhile, new home sales may grind higher as these supply challenges funnel demand towards new construction.

Only 20% of Americans familiar with NFTs, 4 million have used: Survey

Read the latest financial and business news from Yahoo Finance