Raj Kundra asks birthday girl Shilpa Shetty ‘are you even ageing?’ with a beautiful video 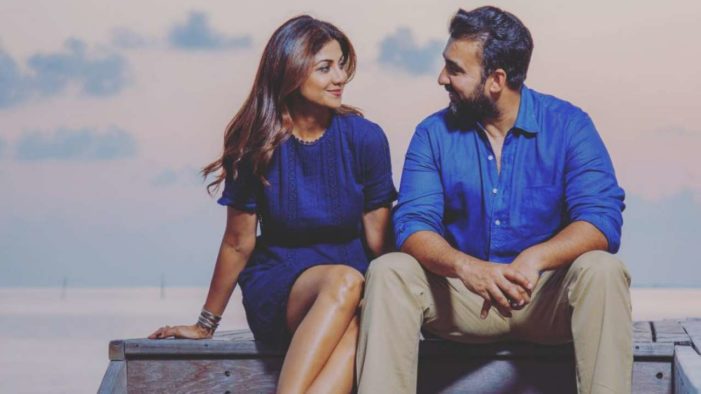 It’s Shilpa Shetty Kundra’s birthday on June 8 and the actor has turned 46 this year. Social media pages are flooded with birthday wishes for the actor and fans can’t stop showering love on her. Among the sweetest wish was by Shilpa’s husband Raj Kundra. He took to his Instagram page and shared a video which is a compilation of beautiful moments featuring the ‘Baazigar’ actor. In the video, Raj has captioned her every moment including photos and Boomerangs and also asks her, “are you even ageing?”

Kundra captioned his post for Shilpa stating, “The song, the lyrics, the video says it all. Without you I am nothing. I love you soo much. Happy Birthday my Dream come true @theshilpashetty #happybirthday #gratitude #love #wife.”

Shilpa even commented on Raj’s post by writing, “Awwwwwwww my cookie @rajkundra9 love u to the moon and back.”

Earlier during an interaction with Pinkvilla, when Shilpa was asked about her first meet with Raj, she had said, “I met Raj in London through a common friend to discuss a business deal. I was swoon by his smile, charm, and persona.”

Talking about his divorce, the actor went on to say, “After he left, I asked my friend about him. He told me that he is already married and I was left disheartened. But, at that time, we did not know that Raj is going through a divorce. Four months later, Raj had once offered me to stay at his batch pad, since I was travelling to London frequently. I was surprised to know about his bachelor pad, and later he revealed that he is going through a divorce.”

Raj Kundra asks birthday girl Shilpa Shetty ‘are you even ageing?’ with a beautiful video added by News89 Team on Jun 8, 2021
View all posts by News89 Team →