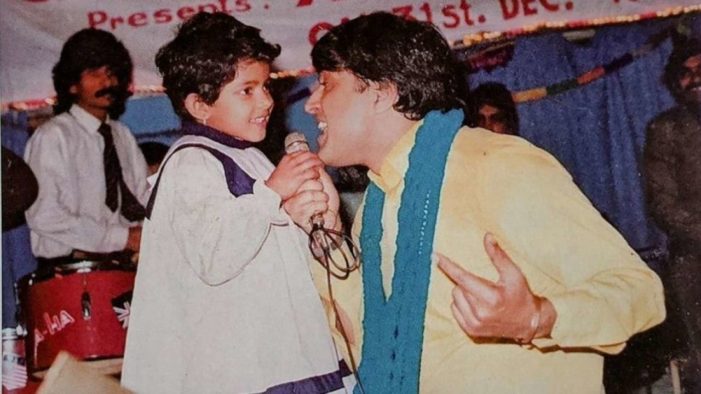 It’s been eight years since Priyanka Chopra Jonas lost her father Dr Ashok Chopra. The actor misses his presence in her life every moment and she often pens praiseworthy words about the life he lived to the fullest. On his eighth death anniversary, Priyanka took to her Instagram page and shared a photo with her father clicked when she was five. With the photo, she shared a page from her autobiography giving a backstory.

PeeCee wrote, “From my earliest years, my dad and I had an understanding: Whenever he was performing at the army club he would look me in the eye during the first song. The New Year’s Eve I was five he forgot, so I started to leave in a huff. Dad jumped off the stage and pulled me up onto it with him, coaxing me into a duet – a nursery rhyme – and winning my forgiveness.”

Priyanka captioned her post stating, “It never gets easier… love you, dad.”

Priyanka’s father died after a prolonged battle with cancer on June 10, 2013. The actor was the closest to her dad and even has a tattoo ‘daddy’s lil girl’ as a tribute to him.

Meanwhile, on the work front, Priyanka is currently in London where she is shooting for the Amazon Prime show ‘Citadel’ opposite Richard Madden.

The actor will next be seen in the ‘Text For You’ film co-starring Celine Dion and Sam Heughan. Priyanka also has ‘Matrix 4’ starring Keanu Reeves in the leading role.