Pooja Bhatt reveals ‘so many people’ ask her about getting married again, says ‘my life is not incomplete’ 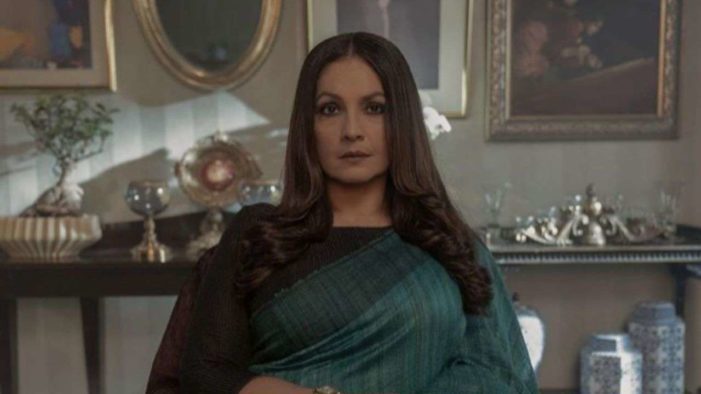 Actor and director Pooja Bhatt made her comeback to the big screen after a hiatus of more than a decade with a cameo in ‘Sadak 2’, a sequel to her 1991 film ‘Sadak’. She then featured in the hit Netflix series ‘Bombay Begums’ this year. In a recent interview, Pooja opened up about what made her choose ‘Bombay Begums’. Pooja also opened about the struggles a woman has to face in life, despite her achievements.

In a conversation with Filmfare, Pooja also shared that she has been asked by people why is she not getting married again. She says that she has ‘been there, done that’ and her life is not incomplete. Pooja Bhatt tied the knot with VJ Manish Makhija in 2003. The two separated in 2014, however, not legally.

“No matter what we women achieve in the world, a lot of us come home and our achievements are reduced to ‘haan, theek hai na, tumne Nobel Prize jeet liya magar abhi khaane mein kya hai?’ (Good, you’ve won the Nobel Prize but what’s for dinner?) Are you a mother? Are you not? Are you married? Are you not? I’ve been asked by so many people why aren’t you getting married again. And I tell them that I’ve grown up from thinking ‘and they lived happily ever after’ to ‘and she lived happily ever after’. I’ve been there, done that, tried it and recommended it to people too. But my life is not incomplete because I choose to live the way I do,” Pooja said.

Speaking on her role in Bombay Begums, Pooja feels the show was, in so many ways, a win-win situation for her. She said, “It was a great part, a great platform. They say that actors are emotional athletes. So I was glad that I could reach inside and touch a chord within myself.  There is a lot about  Rani that I could relate to and a lot that I couldn’t. That is why I took up the part.  Rani has gone through sexual abuse.  I don’t think I’d have been able to bottle it down like she does. That’s what drew me to her. How does she manage to suppress so much and still be so calm? You see her in control in the boardroom and then she goes home and one comment from the kids makes her feel so unworthy. When I was approached for this, I said, “Hey, life is banging on my door and I can’t shut the door on this. I need to let life take me along.”

In ‘Bombay Begums’, Pooja essayed the role of a businesswoman and a mother of two. The Netflix series also starred ‘Shahana Goswami, Plabita Borthakur and Amruta Subhash.

Pooja Bhatt reveals ‘so many people’ ask her about getting married again, says ‘my life is not incomplete’ added by News89 Team on Jul 14, 2021
View all posts by News89 Team →