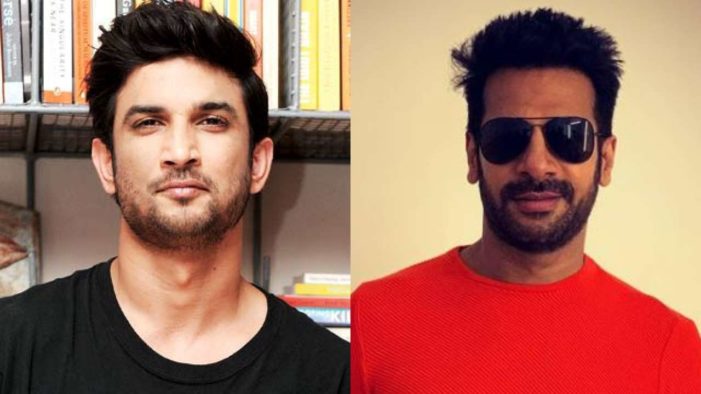 June 14 will mark the one-year death anniversary of actor Sushant Singh Rajput. Many from the film and TV industry are still in disbelief that the actor is no more, especially his close ones are still trying to come to terms with the tragic reality.

Now, days ahead of his first death anniversary, Sushant Singh Rajput’s ‘Pavitra Rishta’ co-star, actor Karanveer Mehra said that it breaks his heart speaking about the actor in the past (tense). It is heart-wrenching, Karanveer said.

Karanveer and Sushant Singh Rajput were not only co-stars but great friends off-screen and spent a lot of time together.

In an interview with ETimes, Karanveer Mehra said that Sushant treated him like a younger brother and was very passionate and enthusiastic about his career. “He lived his life by a code, which was ‘plan your work and work your plan’. He always used to say ‘don’t tell yourself how big the problem is, tell the problem how big you are’. I learnt so much from him and he was the one who taught me that one should never give up… I curse myself for not being able to help him,” he shared.

Speaking about Sushant’s one-year anniversary, Karanveer further said, “I look up and pray for his happiness, and thank him for the good he has done for many of us. I wish there was a way to tell him that I miss you buddy.”

Passing away of Sushant Singh Rajput last year was a grim day for everybody in the industry. He was found dead, hanging from the ceiling fan at his home in Bandra, Mumbai.