Katrina Kaif treats netizens with a stunning photo in red swimwear, thanks everyone for birthday wishes 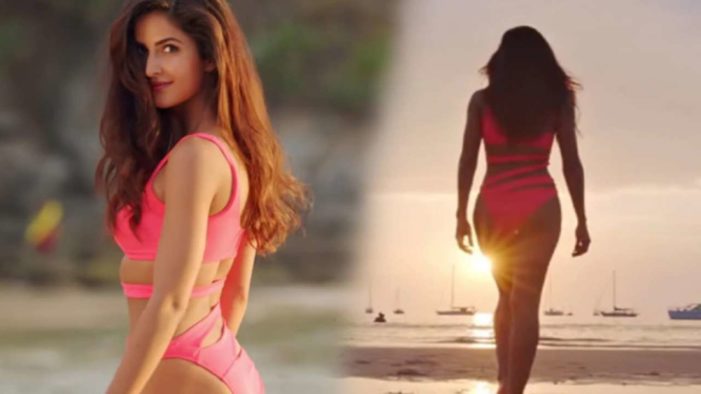 Sharing a picture of her dressed in red swimwear on her Instagram handle, Katrina wrote, “Birthday. thank u so much everyone for all the love always.”

She wrote, “Got your back. Happiest of Birthdays. Katrina Kaif always,”

Madhuri Dixit also shared a throwback post from when she and Katrina Kaif performed together on the Jhalak Dikhla Ja dance reality programme, performing on ‘Chikni Chameli’, one of Katrina’s most famous songs.

Alongside the picture, she wrote, “Many happy returns of the day Katrina. Sending you lots of love and positivity.”

Anushka Sharma also wished her a happy birthday by posting a stunning picture of the diva. She wrote, “Happy birthday Katrina! Wishing you lots of peace and happiness on your day.”

The actress will also be seen in Rohit Shetty’s ‘Sooryavanshi’. The film from Rohit Shetty’s cop universe stars Akshay Kumar in the lead role and it also features Ranveer Singh and Ajay Devgn in cameo appearances.

Katrina Kaif treats netizens with a stunning photo in red swimwear, thanks everyone for birthday wishes added by News89 Team on Jul 16, 2021
View all posts by News89 Team →