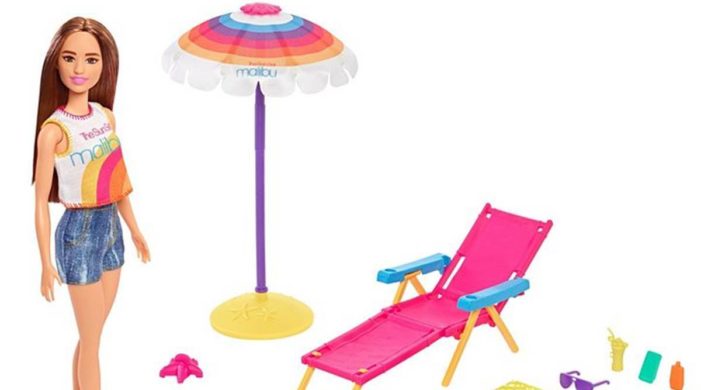 Mattel, the American toy company behind the popular Barbie, announced a new, first-of-its-kind doll line made from recycled ocean-bound plastic.

Richard Dickson, the president and chief operating officer of Mattel, said in a statement, “This Barbie launch is another addition to Mattel’s growing portfolio of purpose-driven brands that inspire environmental consciousness with our consumer as a key focus.”

“At Mattel, our commitment is to empower the next generation to explore the wonder of childhood and reach their full potential. We take this responsibility seriously and are continuing to do our part to ensure kids can inherit a world that’s full of potential, too,” he added, as reported by People.

Besides, Mattel is also promoting sustainability through its Forest Stewardship Council (FSC) Goal and The Future of Pink is Green brand campaign. FSC aims to achieve 95 per cent recycled or FSC-certified content in paper and wood fiber materials used in packaging by the end of 2021.

The company also plans to launch a new Barbie Vlogger episode along with a limited edition of 4ocean x Barbie bracelets. The episode, which will feature on Barbie’s YouTube series, will teach children how to take care of the planet.

Barbie dolls have invited controversy on several occasions. The lean figure of the doll with a small waist has often raised questions about the unrealistic idea of body image for women. According to Finland study, the standard Barbie doll would lack the required body fat for menstruation. In 2016, however, Mattel came up with new body types: ‘tall’, ‘petite’ and ‘curvy’.

The dolls have also been criticised in the past for the lack of racial diversity. In 1980, Hispanic dolls were introduced. Besides, Black Barbie was also launched the same year but lacked the features of an African American. In 2009, Mattel came up with So In Style range with a more realistic depiction of African American people. Later in 2016, it introduced seven skin tones, twenty-two eye colors, and twenty-four hairstyles.

In March 2018, for instance, Mattel launched the “Barbie Celebrates Role Models” campaign with a line of 17 dolls from diverse backgrounds on the occasion of International Women’s Day. The collection included dolls inspired by Frida Kahlo, Ashley Graham, and Chloe Kim, among others.