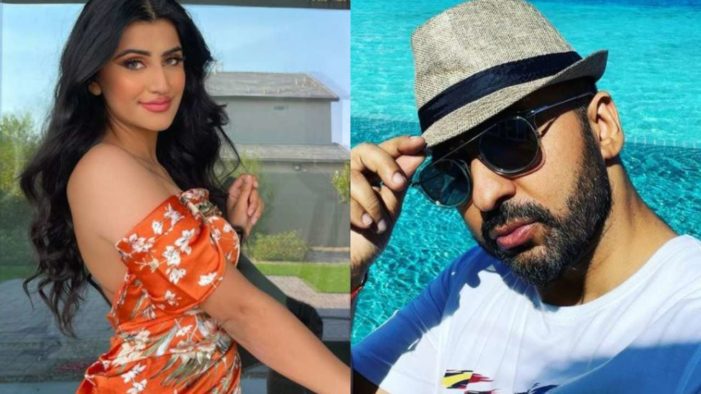 Reacting to the news of Raj’s arrest, Puneet questioned her followers if they remember the time when she had shared the incident of the entrepreneur contacting her back in the day. Kaur revealed at that time, she thought it was spam. Slamming Raj Kundra, Kaur said he should ‘rot in jail’.

On her Instagram Stories, Puneet Kaur wrote, “Brooo do you OGS remember our verified DM video where he reached out to me for hotshots!?!? Im deaaad.”

She continued, “I can’t even WTF this mans was really luring people -we literally thought it was spam when he sent that DM to me!? Jesus Christ man rot in jail.”

Kaur added excerpts of the video on her Stories. In it, she and two others can be seen discussing the DMs, and wondering if Raj’s account had been hacked. “This man has had a midlife crisis, probably, messing with girls to go to Hotshot.com to do something strange, I don’t know” one man in the video is heard saying after the three look up the site on the internet. “I think his account got hacked,” the other man says, and the first man points out, “That would be giving him the benefit of the doubt.” 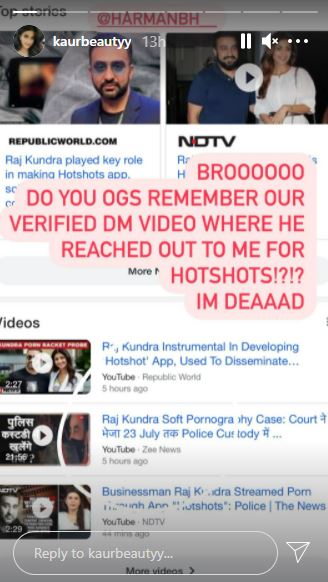 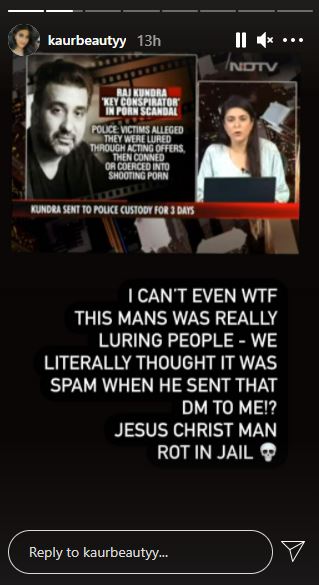 The husband of Bollywood actress Shilpa Shetty, Kundra is the owner of Viaan Industries Ltd, jointly promoted by the couple, while Bakshi — a British citizen, who is married to Kundra’s sister — is the Chairman of Kenrin Ltd., London.

He said that the probe into the entire affair of Kundra started in February 2021 with the Malvani police station blowing the lid off by lodging a complaint about pornographic content being produced and shot at some bungalows in the remote Madh Island and its surroundings in the coastal areas of Malad in north-west Mumbai.

The police probe made startling revelations of how new or aspiring actresses coming to Mumbai from all over India were lured with work offers in short films, web series and other movies. “They were called for auditions and after selection made to do bold scenes, which went onto semi-nude and then full-nude shoots. Some of them strongly opposed this and had approached the police,” Bharambe said. After making the content, the two companies — Viaan and Kendrin — made them available on mobile apps, offering subscriptions akin to the mainstream OTT platforms, advertise them on social media, all of which were illegal as pornography in any form is banned in India.

Following the investigations by the Malvani Police and later by the Crime Branch-CID and Property Cell, at least 12 arrests have been made so far, including Kundra, his techie associate Ryan J. Tharpe, who were remanded to police custody till July 23 by a Mumbai Magistrate Court.