Workplace harassment in the age of remote work 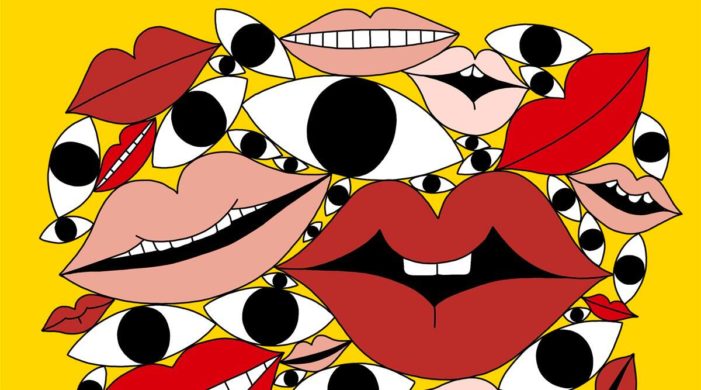 Last spring, as offices closed across the country and kitchen tables became desks, contemplating the possible upsides of the new professional conundrum felt like a means of survival.

There was much tumult, and there were many questions. Among them: Once we all became boxes on Zoom or text bubbles in a chat, and once we were physically separated from colleagues and clients, would incidents of workplace harassment drop?

What is virtual harassment?

Kalpana Kotagal, partner at Cohen Milstein in the civil rights and employment group, says workplace harassment of any kind occurs when an employee uses protected characteristics — things like race, gender, sexual orientation, seniority or socioeconomic status — to hold power over a colleague or staff member. The result is a so-called hostile work environment — a workspace that feels unsafe, can feel threatening to someone’s identity or inhibit employees from doing their work.

What surprised many was the extent to which remote work made it easier for some employees to exert power over those who were comparatively vulnerable. That’s because the channels through which remote work occurs — text, phone, video — are often unmonitored, unrecorded or occur outside employer-sponsored platforms.

Knowing that no one’s watching can embolden foul play, too. In an in-person office setting, bystanders can be “a source of protection if they are trained, able or brave enough to step up,” Kotagal said. But working from home deprives us of witnesses; the colleague who may otherwise overhear an off comment in the office is not present when we’re on a call at home.

Complicating things is the air of informality around workplace communication, which increased with the shift to remote work during the pandemic. “Since the start of the pandemic, employees have felt as if online environments are the Wild West, where traditional rules do not apply,” said Jennifer Brown, a diversity, equity and inclusion expert and founder of Jennifer Brown Consulting. That can exacerbate misconduct, especially given how difficult it can be to discern intent from text stripped of tonal cues.

And pandemic-imposed stress compounded these realities. “We know that stress impacts manipulative behavior, making people more likely to snap or quickly get angry,” Brown said. “So if we already have our filters down in this more informal online environment, and we’re being careless because we’re under a lot of pressure, it’s a recipe for disaster.”

According to a Deloitte survey, Women at Work: A Global Outlook, 52 per cent of women have experienced some form of harassment or microaggression in the past year, ranging from the belief that their judgment is being questioned because they are women to disparaging remarks about their physical appearance, communication style, race, sexual orientation or caregiving status. Women of color and LGBTQ women were significantly more likely to experience these noninclusive behaviors.

“The big learning we had is people will harass people and be hostile to people no matter what the environment — they will find a way,” Ellen Pao, CEO of Project Include, told Reset Work, a new business publication distributed through email.

Taken in isolation, these remarks can seem benign, and they sometimes are. Noting that a colleague is wearing pajamas during a meeting is “not necessarily an invitation to sex,” said Vicki Schultz, professor of law and social sciences at Yale Law School. “This is a mischaracterization of what sexual harassment actually is and misses its meaning as behavior that undermines equality,” she said, noting how common it is for businesses and public figures alike to exploit the general public’s misunderstanding of sexual harassment.

These circumstances do not necessarily engender sexual harassment, but they call attention to gender in a way that women have worked for years to undo, Schultz said. “It’s the eye rolling, snide commentary — the kinds of things women experience when they work in low numbers,” she said.

Comments about bringing children to meetings or being unavailable due to care responsibilities, for example, can make women, parents and caregivers feel as if they are not valued in the same way as other employees. “It can be subtle, but we know that subtle things can be meant and experienced as microaggressions,” Schultz said.

Remote work can also crack open aspects of identity — religious or cultural background or sexual orientation, for example — an employee may have preferred to keep private. Pre-COVID-19, employees could obscure aspects of their personal lives like what their home looks like.

Also gone is the separation between physical personal spaces and professional work. Now, a painful meeting might take place in your living room or bedroom, threatening compartmentalization. “The blurring of professional and personal spaces is carrying trauma from home into the workplace and vice versa,” Kotagal said.

Brown said: “We often hide for a reason, and for many of us, the pandemic made that covering impossible. You may not be able to avoid a same-sex partner walking in the background of your screen, a parent’s accent, a religious decoration on the wall, poor internet signal or manifestations of anxiety.”

Reveals like these can worsen employees’ sense of control during an already unpredictable period.

And then there’s racial incivility.

According to Pew Research in 2020, 58 per cent of Asian Americans say “it is more common for people to express racist or racially insensitive views about people who are Asian than it was before the coronavirus outbreak.” Further, 39 per cent of Asian Americans surveyed report that others had acted uncomfortably around them, and 31 per cent report being the subject of race-based jokes or slurs, including at work.

Relatedly, Black employees are dealing with not only the pandemic’s disproportionate effect on Black communities, but also the increased scrutiny on anti-Black racism, especially “in the wake of racial uprisings this past summer, the Trump presidency and greater visibility of white supremacist movements,” Schultz said.

Employees need not explicitly call out Asian or Black colleagues to create a hostile environment. Work chat platforms like Slack make it easy to post uncontextualized articles or comments — for example, discussing Asian association with the coronavirus. And employers should refrain from placing a burden on Black employees to “explain” racism to their non-Black colleagues. This pressure sets employees of color on unequal footing and creates extra layers of emotional labor.

Where we go from here

Perhaps the most damning element of remote workplace harassment is how woefully unprepared companies are to address it.

“HR in most workplaces still has not caught up to what virtual forms of misconduct and harassment look and feel like, and there’s a lack of policies and procedures around what is acceptable,” Brown said. Without standards about how to communicate or behave on Slack, Zoom, email or any other remote platform, it’s difficult for employees to know what to do when they feel uncomfortable, and for employers to hold employees accountable.

Reporting compliance was a challenge before the pandemic; now it’s much harder with virtual platforms as our primary means of connection.

But there are certainly things companies can do.

To start, a good remote harassment policy ought to include an expansive definition of what harassment is and looks like at work. “A definition that’s limited to physical touching is too limited,” Kotagal said.

Next is establishing the channels through which an employee can report, and a clearly defined procedure to follow if a report comes in.

The investigation processes are also critical. “Good HR professionals know how to do interviews, talk to folks, drill down into the details, write clear policies and enforce them,” Kotagal said. But doing that kind of interview work in a remote setting is more challenging, she said, adding, “It’s difficult to understand where people are coming from, how they’re feeling and perceive the unspoken cues.”

Knowing that many employees will not report, management ought to embrace proactive procedures as well.

“Employers need to be especially race-conscious right now, privately checking in with each employee and paying special attention to what employees of color might be needing,” Schultz said, noting that Asian American employees are historically less likely to report harassment. Publicly naming racial trauma instead of acting as if it does not affect the professional sphere is important, along with encouraging employees to take care of themselves and take time off.

Finally, individuals working remotely should do everything they can to protect themselves. “It’s important to take notes,” Kotagal said. “It’s important to document behavior in a contemporaneous way because that builds credibility and a narrative over time.” Also, remember your colleagues: They can be turned into de facto “bystanders” in an environment with low trust, safety, processes or procedures.

And of course, behavior can be reported even if it doesn’t yet feel egregious. “If behavior feels weird but hasn’t yet crossed an obvious line, there’s still an opportunity to engage with your supervisor or HR about it,” Kotagal said. “That can help nip it in the bud.”

This article originally appeared in The New York Times