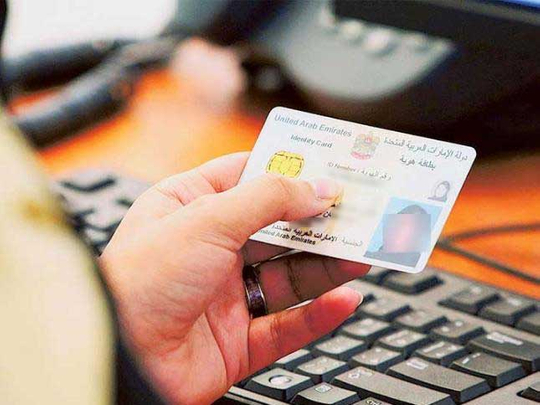 Abu Dhabi: Residents applying to renew their Emirates IDs must now use an electronic version of the identity card until printed cards are issued, the Federal Authority for Identity and Citizenship (ICA) has announced.

The newly printed Emirates IDs will be an upgraded version of the card, and they are part of a transition to a new generation of identity cards and passports in the UAE.

The ICA confirmed that the electronic version of the ID is an exact copy of the new printed card. It is available through the ICA’s smart application, ICA UAE Smart, which can be downloaded for free from the iOS and Android stores.

Using QR Code scanning technology, the electronic card can be immediately read. When scanned, the data that is generated comes directly from the ICA’s database, and this allows service providers to verify the resident’s identity at any time when the printed card is not available.

The ICA added that it is coordinating with service providers and authorities to ensure that the electronic version of the ID is accepted until printed cards are available. The ICA has added that the scanning the QR code of the electronic ID is akin to reading the smart chip of a printed Emirates ID.

The new Emirates IDs, like the new generation of Emirati passports, will feature an updated design, and incorporate high-security features that better prevent forgery.

A number of UAE residents have recently expressed concerns about not having received their Emirates IDs. Posting on the ICA’s Twitter account, one resident said he had applied for the card in early May but had not yet received his ID.

Another Indian business owner told Gulf News that he had been unable to carry out a number of transactions lately, including clearing a cheque. “I have a stamped visa but no ID card till now. So I presented a PDF of the Emirates ID from the ICA app, but it was not accepted. Based on today’s announcement, I will now approach the service providers with the QR code,” he told Gulf News.