Twinke Khanna pens emotional note on Rajesh Khanna’s 9th death anniversary, says ‘I have his eyes, my son has his smile’ 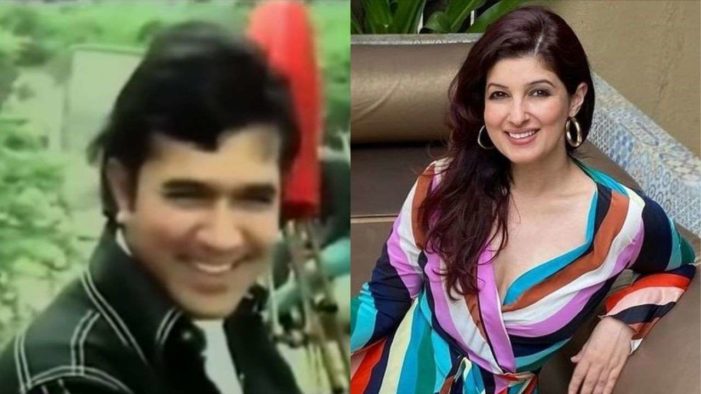 Veteran actor Rakesh Khanna passed away on July 18, 2012. Actress and author Twinkle Khanna penned an emotional note in the beloved memory of her late father on his 9th death anniversary.

Taking to Instagram, Twinkle shared a throwback BTS video of Rajesh Khanna from the shoot of his hit song ‘Suno kaho kaha suna’ from the 1974 film ‘Aap Ki Kasam’ which also starred Mumtaz.

Rajesh can also be seen conversing with a journalist who when asks if he enjoyed the shooting, the actor replied saying, “I did, very much. It was better than running around trees. It’s running around rocks.” When the journalist asks if he had any problems in taking multiple takes for the song, Rajesh said, “Not at all. I liked this part. I liked doing it again and again.”

The journalist asks if the actor and director got what they wanted in the end. Rakesh replied, “Once you get the correct beat and the action is executed on it, there’s always an appreciation.”

While sharing the video, Twinkle wrote, “I have his eyes, my son has his smile and the world has pieces of him embedded in their hearts. He still lives on.”

Fas also remembered the legendary actor on his death anniversary. “Yess ma’am, he is real superstar,” wrote one user while another commented, “He has my whole heart!!! Always has always will!!! And you have his charm as well.” A third user wrote, “Most charming… Most Romantic actor,” while a fourth one wrote, “Luvdddd this movie …he was a Rockstar with his moves.”

Rajesh Khanna, who died in 2012 aged 69 due to cancer, was often referred to as the first superstar of Indian cinema. ‘Kati Patang’, ‘Anand’, ‘Haathi Mere Saathi’ and ‘Amar Prem’ are some of his memorable films. He was even awarded India’s third highest civilian honour Padma Bhushan in 2013 for his work in the entertainment industry.

Twinke Khanna pens emotional note on Rajesh Khanna’s 9th death anniversary, says ‘I have his eyes, my son has his smile’ added by News89 Team on Jul 18, 2021
View all posts by News89 Team →