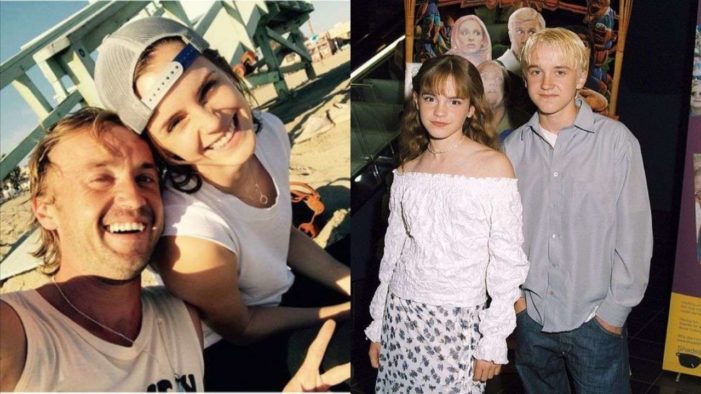 ‘Anupamaa’ is one of the most most popular TV shows of today’s time. With a huge fan following, all actors of the show have captured the hearts of the audience. Actress Rupali Ganguly, who plays the lead character in the serial, essays an illiterate woman on screen but she is highly educated in real life. In fact other cast members also hold high degrees. Let’s know a little about the educational qualification of the cast before entered the entrainment world.

‘Harry Potter’ stars Emma Watson and Tom Felton have been friends since a really long time, but ever since Emma revealed that she had a crush on Felton while shooting for the movie, fans are intrigued ever time their names come up together.

Watson played the character of Hermoine Granger while Tom essayed the role of Draco Malfoy in the ‘Harry Potter’ franchise. In a recent interview with ETonline, Tom disclosed that he ‘adores’ Emma and the two have been close for a long time.

On being asked about his relationship with Emma, Tom said, “We are something, if that makes any sense. We’ve been very close for a long time. I adore her. I think she’s fantastic. Hopefully she returns the compliment.”

Speaking on any romantic feelings between them, Tom averred, “As far as the romantic side of it, I think that’s a Slytherin/Gryffindor thing rather than a Tom and Emma thing. I absolutely think the world of her. I think to be a part of what we’ve all been a part of, but for her to be the only girl, certainly the youngest one on set, to grow up with what she had to grow up with was incredibly exciting. You’re going to get me teary now, but no, I think she’s a fantastic influence on the world.”

Felton also said that he regularly keeps in touch with the cast of ‘Harry Potter’, including Watson Rupert Grint and Daniel Radcliffe. “I spoke to Emma a couple days ago and immediately it was conversations about, ‘Oh wow, the kitchen sink’s been plugged’ or some trivial nonsense like my dog wouldn’t eat a particular kind of food,” he said.

In 2011, Emma Watson had revealed that she crushed on Felton while working on the ‘HP’ films. “For the first two movies, I had a huge crush on Tom Felton. He was my first crush. He totally knows. We talked about it—we still laugh about it. We are really good friends now, and that’s cool,” she told Seventeen.

Meanwhile, the 31-year-old actress is dating California based businessmen, Leo Robinton. Last month Emma addressed rumours about her engagement to Robinton and clarified that she is not engaged to anyone currently and she would tell her fans if she was. On Friday (May 4), a source told US Weekly that she and Robinton are happy and committed.

“Emma is so loved up with Leo and this is the happiest anyone’s seen her in a relationship by a million miles. They’re so connected in every way and spend all their spare time together,” the source was quoted as saying.