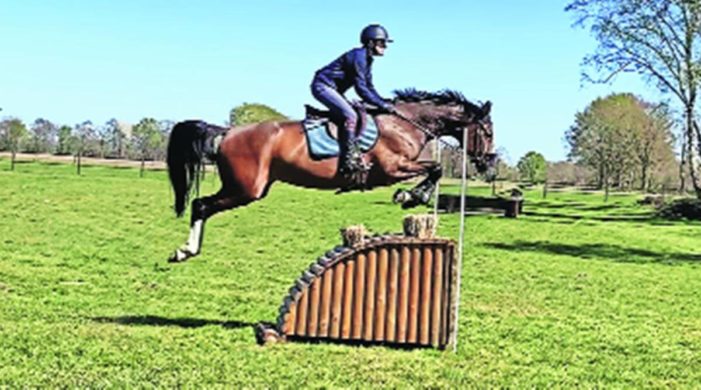 Indian equestrian Fouaad Mirza has resolved the selection dilemma he had been grappling with ahead of his maiden Olympics, deciding to go with the “very pretty” mare ‘Dajara 4’ for the Games in Tokyo this month.

Mirza is only the third Indian equestrian after Indrajit Lamba and Imtiaz Anees to secure an individual spot in Eventing at the Olympic Games. Anees was the last to make the cut for the 2000 Sydney Olympics as a wildcard.

“…the horse I have selected to represent India in Tokyo would be ‘Dajara 4’ and we are preparing well and we are keen to give a good performance out there in Tokyo,” Mirza said at a virtual press conference on Thursday.

“We are on the route of creating history and she is a horse that is going to help us get there and I am looking forward to participate in the Games with her.

“She (Dajara 4) is a very nice and pretty horse and I am sure, she will bring this sport enough attention and hopefully encourage the younger generation to take up the sport,” he added.

Mirza said it was a difficult decision to choose ‘Dajara 4’ over his other experienced horse ‘Seigneur Medicott’. He had ended India’s 36-year-old medal drought at the Asian Games by winning a silver at Jakarta 2018 astride Medicott, who later sustained an injury.

“Look, it was a very, very difficult decision, I must say. Both horses are very good horses and I am very lucky to have them both.

“So, at the Olympics, we have two rounds of show-jumping after cross-country, this is probably Medicott’s weaker link and so, that was basically the main reason why we decided to take ”Dajara” over ”Seigneur Medicott”.

“But I must say, it was very difficult and at this moment, still is…Dajara is definitely now the right horse, so we go out there and give out a very good performance,” he elaborated.

The Arjuna awardee also said that they would prepare as they do for any other show.

“Dajara competed last weekend in the Nation’s Cup in Poland, where she finished second. She is going to have a week off now, just to recover from that competition and then we are going to pick her up gradually and not change too much.

“What would be slightly different is that both horses would go into quarantine on the 11th of July, that is at a different location, that is at Aachen in Germany… but over there we are allowed to use all the facilities as you would at home, so there are no restrictions on training times or where and how you can train,” he explained.

Mirza rode Dajara for the first time in 2019.

The Bengaluru-based rider expressed his gratitude towards the ”Embassy Group”, which had helped him achieve his dream.

“I would like to thank the Embassy Group and Jitu Virwani for sponsoring me and helping me achieve this dream, my parents, my coaches and most of all the horses that have been given to me by the Embassy Group,” he signed off.

The Tokyo Olympics will be held from July 23 to August 8.