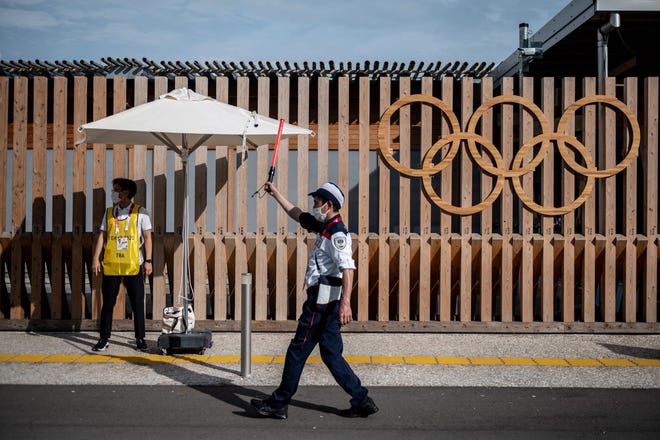 TOKYO — The Tokyo 2020 organizing committee reported the first positive case of COVID-19 in the Olympic Village on Saturday.

The unidentified person, who is listed by organizers only as “Games-concerned personnel,” tested positive for the disease Friday and is now quarantining at a hotel.

Toshiro Muto, the CEO of the organizing committee, said in a news conference that he did not have any information about whether the person had been vaccinated. And Seiko Hashimoto, the committee’s president, said organizers are doing everything in their power to ensure that the Olympic Village – like all venues and facilities – is as safe as possible.

“We are sparing no efforts,” she said.

The unnamed Olympic Village resident is one of 44 people affiliated with the Games who have tested positive for COVID-19 since July 1, according to organizers. Fourteen of those cases were reported Saturday. Twenty-eight of the 44 positives have involved Tokyo 2020 contractors.

The positive test in the village comes as cases of COVID-19 continue to rise in Japan, where only about 20% of the population is fully vaccinated, and as thousands of athletes, coaches, support staff and media members prepare to arrive in Tokyo in the coming days.

The opening ceremony for the Games will take place Friday.

Organizers have released basic information about positive COVID-19 cases connected to the Games but declined to provide details about those who are infected, including their nationalities and their specific roles.

Muto said Saturday that the organizing committee has discussed the disclosure process with the International Olympic Committee and there are privacy concerns about releasing the nationalities of those who test positive, because in some cases it could make the person easily identifiable. He said individual National Olympic Committees might later choose to identify those who test positive, particularly athletes who are unable to compete.

The Tokyo Olympics are expected to draw an estimated 85,000 visitors to Japan. Athletes and other personnel are not required to be vaccinated, though the IOC has said it expects more than 80% of residents in the Olympic Village will be vaccinated. All participants must take regular COVID-19 tests, including daily tests for athletes.

Information from The Associated Press was used in this report.