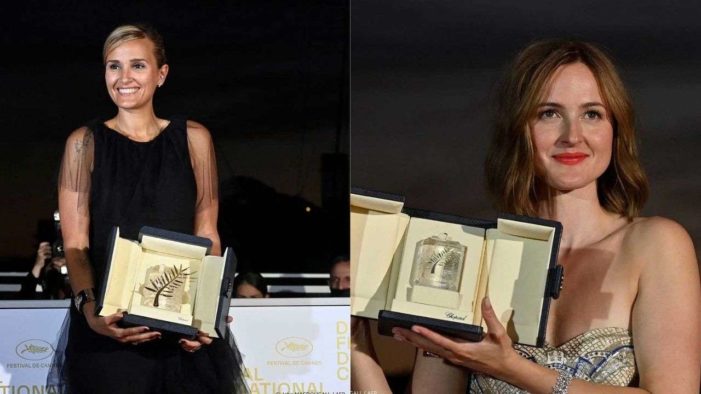 Earlier in the night, the jury honoured `Nitram`, the unconventional portrait of a mass killing. Best actress honours went to Norwegian thespian Renate Reinsve for her luminous turn in ‘The Worst Person in the World’, about a young woman who judges herself harshly for being unable to decide between lovers, career paths and whether she wants to raise a family.

Leos Carax earned the best director award for ‘Annette’, a tragic musical about a celebrity couple (played by Adam Driver and Marion Cotillard) whose clashing careers create rifts in their relationship. Japanese director Ryusuke Hamaguchi was awarded best screenplay for his three-hour adaptation of Haruki Murakami’s ‘Drive My Car’, which finds new depths in the author’s 40-page short story.

Cannes’ prestigious first-feature prize, the Camera d’Or, was awarded to Antoneta Alamat Kusijanovic’s ‘Murina’, a Croatian coming-of-age story about a young woman negotiating her attraction to a stranger who arrives on her remote island. Selected by a special jury headed by Melanie Thierry from among 31 debut features across all sections of the festival, the Directors` Fortnight discovery was produced by Martin Scorsese.