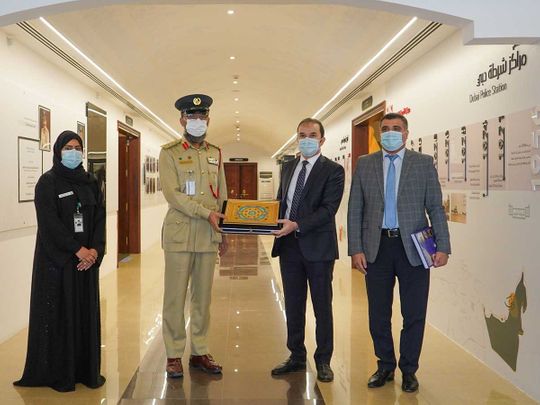 Dubai: A delegation from the Consulate General of the Republic of Tajikistan, headed by Consul General Ilhom Abdurahmon, has recently visited the Dubai Police Museum.

The Tajik delegation had a guided tour across the halls that are filled with old photographs, exhibits, weapons and equipment. They were also briefed on the development and progress of the city’s law enforcement.

They were also introduced to the history and scientific investigative methods, the early telecommunication devices used during drug busts in the 1980s, and some of the confiscated items in various cases.

Towards the end of the visit, the delegation expressed their admiration for the Dubai Police’s rich history and thanked the officials for the informative tour.