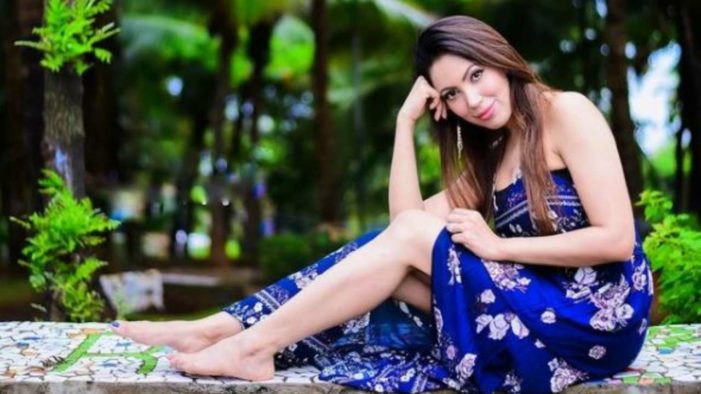 ‘Taarak Mehta Ka Olltah Chashmah’ actor Munmun Dutta shares new photos, limits comments on post ‘Taarak Mehta Ka Ooltah Chashmah’ actor Munmun Dutta recently took to her Instagram handle to share some solo photos flaunting her flawless skin, and well-toned body. The gorgeous diva who essays the role of Babita Ji in the hit sitcom looked beautiful in her latest photo in which she is seen with minimal makeup and no accessories. Munmun Dutta is seen sporting a plain navy blue top as she strikes a pose for the click.

Earlier, the actress showed off her back in a couple of photos posted on June 7. She was seen sporting a silver number with mirror work on it as she posed stylishly for the camera.

Munmun Dutta was recently in the news after she used a casteist slur in a video that’s he shared on her YouTube handle on May 9. Later, the Mumbai police registered an FIR against her for allegedly using a casteist slur in the said video.

“The case against Dutta was registered on May 26 based on a complaint lodged by Naresh Bohit (40), a community leader and a worker of a political party, at Goregaon police station on May 12,” the police official said as per agency reports. “Since the actor resides in Amboli police station limits, the complaint application was forwarded to that police station, he said.

On May 26, an FIR was registered by police under various sections including IPC sections 295(A) (deliberate and malicious acts, intended to outrage religious feelings of any class by insulting its religion or religious beliefs) and section 3 of the Prevention of Atrocities against SC/ST Act.

Earlier, an FIR was filed against Munmun at Hansi city in Haryana after a complaint was registered against the ‘Taarak Mehta Ka Ooltah Chashmah’ actor by Dalit rights activist Rajat Kalsan. She was booked under section 3(1) (u) of the SC-ST POA act.

For the uninitiated, the actor had used a casteist slur in a video which she later trimmed after being called out by people on social media. Munmun was talking about make-up when she referred to a particular community. The comment created a widespread furore which led to Munmun issuing an apology saying she was “genuinely misinformed about the meaning of the word”.