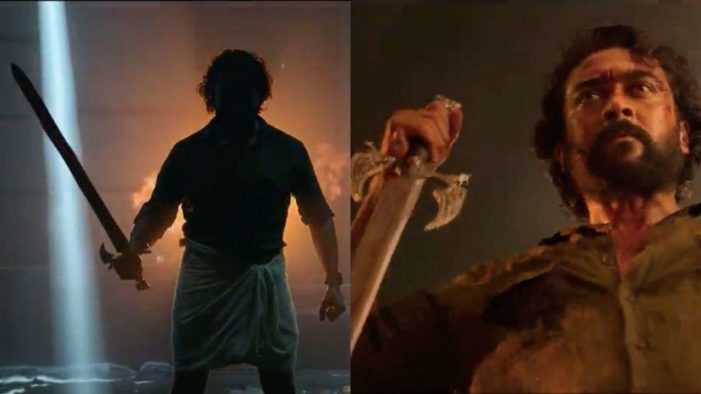 On the eve of his birthday, South superstar Suriya Sivakumar has unveiled the first look and name of his umping film ‘Surya 40’ as ‘Etharkkum Thunindhavan’. This will be the 40th film of Suriya’s career and soon after he shared the post #Surya40 started trending on Twitter.

The makers of the film, Sun pictures decided to release the first look and a short teaser of the film to celebrate the actor’s birthday. In the teaser, Suriya can be seen holding a sword and gun as he goes on a killing spree to destroy his enemies. The actor looks feisty with long hair and blood smeared on his face as intense music plays in the background.

“Dear all here is the first look of #EtharkkumThunindhavan,” Suriya tweeted. Suriya’s fans wished the actor and expressed excitement over the film. “Nice one loved it,” tweeted one user while another wrote, “Super Mass marvelous fantastic.”

Directed by Pandiraj, ‘Suriya 40’ aka ‘Etharkkum Thunindhavan’ stars Suriya, Priyanka Arul Mohan, Sathyaraj, Saranya Ponvannan, Ramar, M.S. Bhaskar and Vinay. The shooting of the film is currently underway and it is expected to release later this year.

In recent developments, Suriya announced that ‘Soorarai Pottru’ (Praise the brave) will be remade in Hindi and will be helmed by Sudha Kongara only.

Suriya’s FIRST look from ‘Etharkkum Thunindhavan’ is out on his birthday eve, actor’s intense new avatar breaks internet added by News89 Team on Jul 22, 2021
View all posts by News89 Team →