Shruti Haasan is all praise for her ‘Salaar’ co-star Prabhas, says ‘he is absolutely a darling to work with’ 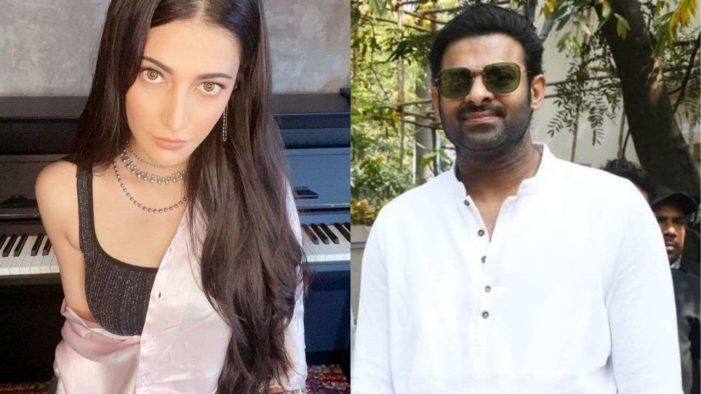 Shruti Haasan will be soon seen opposite Bahubali star Prabhas for their upcoming film ‘Salaar’. The actor, who has made a comeback to Tollywood after four years, feels incredible to work with Prabhas. With two consecutive hits, ‘Krack’ and ‘Vakeel Sahab’, Shruti is also that Telugu cinema was gifted to her ‘by destiny’.

While speaking about ‘Salaar’, Shruti told Times of India, “It feels great to be a part of a project that has so much expectation and anticipation around it. Prashanth Neel has a great vision and is so good at communicating what he needs. Prabhas is absolutely a darling to work with and the energy on sets has been incredible. We had started shooting for it just before the second wave and it was truly epic,” she says.

Shruti was all praise for Prabhas in an earlier interview to TOI as well. She said, “He is the only star in Telugu who I hadn’t worked with until now. He is really warm. There are some people who portray themselves to be down-to-earth, but he is genuinely down-to-earth. He is someone who gets along with everyone and brings good vibes on the set.”

While talking about her time-off from Telugu cinema, the actor said, “It was a conscious break that I had taken. But there was never a doubt that I will return to Telugu cinema, some people had doubts but I never did. I knew that this is an industry where I’ve always belonged. I love being accepted into a culture where I didn’t grow up in, I’ve only known the industry through my father. Telugu cinema and its audience is a home that was gifted to me by destiny. I always knew I’d come back and it would’ve been sooner had it not been for the pandemic.”

Shruti is also delighted to have worked with actors like Ravi Teja, Pawan Kalyan, and Prabhas.

Shruti Haasan is all praise for her ‘Salaar’ co-star Prabhas, says ‘he is absolutely a darling to work with’ added by News89 Team on Jul 1, 2021
View all posts by News89 Team →