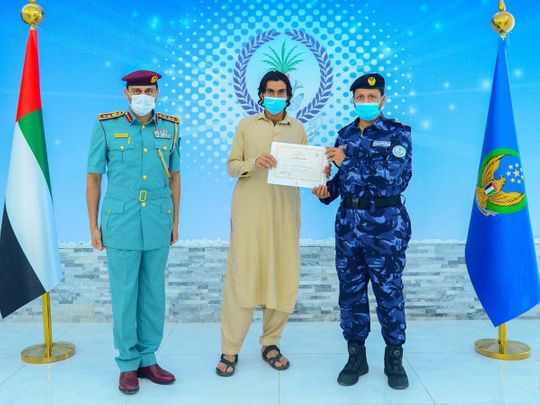 Sharjah: An Asian man was honoured by Major General Saif Al Ziri Al Shamsi, commander-in-chief of Sharjah Police, for his act of bravery and helping the police arrest a person who tried to steal from a passer-by, and handed him over to the police.

“This comes in line with Sharjah Police’s keenness to have members of the public cooperate with security agencies. The Asian man was honoured for his noble behaviour, and he is considered to be a role model who can motivate others to contribute towards supporting the security agencies in ensuring the safety and security of society,” Sharjah Police said in a statement.

Major General Al Shamsi said that Sharjah Police is keen to honour its collaborators from members of the community, to motivate people who contribute to supporting the security system.

The Asian man said that what he has done is part of his duty to society, expressing his appreciation for the efforts made by Sharjah Police in enhancing security and safety in the emirate.