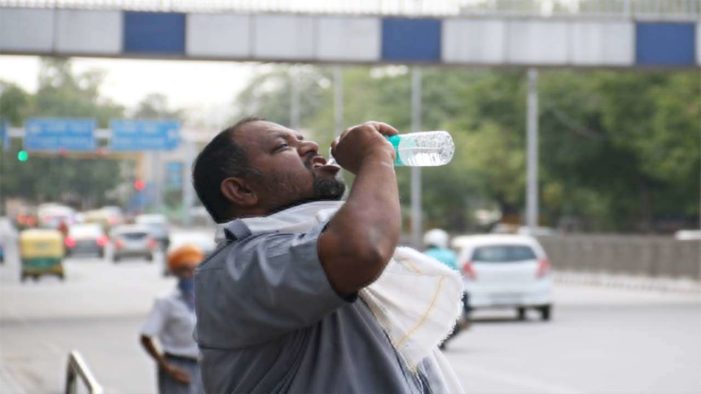 The India Meteorological Department (IMD) has said that the monsoon is unlikely to advance in the remaining parts of northwest India, including Delhi, till at least July 7. According to the weather office records, if the monsoon in Delhi reaches around July 7, it will make the 2021 monsoon’s arrival in the national capital as delayed as in 2012 and the most delayed since 2006.

Friday witnessed a severe heatwave that has pushed the temperature to a nine-year high in Delhi as monsoon rains run behind schedule. Daytime temperatures were above 40 degrees Celsius (104 Fahrenheit) for the fourth consecutive day Friday across Rajasthan, Haryana, and New Delhi.

Large parts of Punjab, Uttar Pradesh, and Madhya Pradesh are also reeling under severe heat waves with no monsoon in sight.

Temperatures have remained more than seven degrees Celsius above normal for this time of the year, prompting the India Meteorological Department (IMD) to classify it as ‘severe extreme heat’. Both 2006 and 2012 saw the same kind of heatwaves the Capital is currently experiencing.

Past records of IMD

In 2012, the southwest monsoon arrived in the Capital on July 7, a full 10 days after its usual arrival date of June 27.

In 2006, the monsoon arrived in the national capital very late on July 9 instead of the usual arrival date.