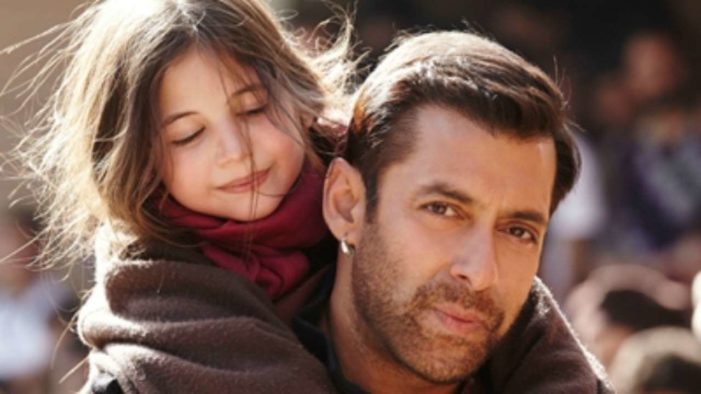 Salman Khan’s ‘Bajrangi Bhaijaan’ co-star, Harshaali Malhotra enjoys a massive fan following on Instagram. The child actor won hearts with her cute looks and amazing performance with the movie. Recently Harshaali did the current ‘then and now’ trend on Instagram and has been wooing hearts again.

In the Instagram reel, Harshaali first posted a picture of herself as a baby, in which she can be seen dressed in an orange sweater, with a matching hairclip. In the next photo, Harshaali posted a recent picture in which she’s dressed in a powder blue and white lehenga, looking absolutely gorgeous.

Fans showered love on Harshaali’s post and praised her transformation. The comment section was full of heart, lovestruck and fire emojis. Referring to her character from ‘Bajrang Bhaijaan, one user wrote’, “Nice munni,” while another user commented, “Still the same cuteness.”

Harshaali is known for her role of Munni or Shahida in 2015 film ‘Bajrangi Bhaijaan’. She essayed the character of a mute Pakistani girl who gets lost in India.

The comedy-drama film directed and written by Kabir Khan and produced by Salman Khan and Rockline Venkatesh also featured Salman, Kareena Kapoor Khan and Nawazuddin Siddiqui in the lead roles. The film received wide acclaim from critics and was a commercial success at the box office, grossing Rs 969 crore worldwide. Harshaali will be next seen in Arjun Rampal Meera Chopra starrer ‘Nastik’.