Rams RB Cam Akers out for season with torn Achilles, per report 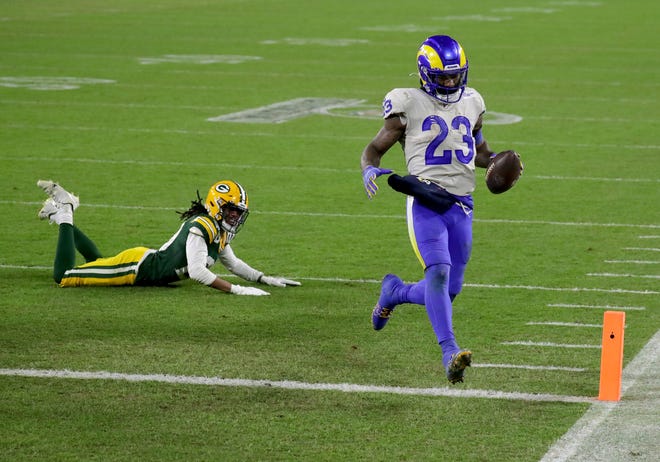 Running back Cam Akers suffered a torn Achilles while training and is expected to miss the entire 2021 season, NFL Media’s Tom Pelissero reported.

Despite serving as part of a three-man rotation with Darrell Henderson and Malcolm Brown, Akers led the Rams with 625 rushing yards in his rookie campaign as a second-round pick out of Florida State.

In 2021, however, he was expected to seize the lead role in the backfield and take on an expanded workload in the passing game.

“You could see he’s always had a real and authentic confidence, but then as he’s getting more and more comfortable for the different ways that we were able to utilize him, I think he can come alive in the pass game,” Rams coach Sean McVay said during a February news conference. “I think he can continue to play at a high level. Really, I think he’s an every-down back. I think he’s a special player.”

NFL NOTEBOOK:How Kyle Pitts, NFL rookies are seizing opportunity to ‘soak up all the knowledge’

Henderson now is poised to take over as the Rams’ starting running back. Brown signed with the Miami Dolphins in the offseason.

If Los Angeles is in search of additional help in the backfield after Akers’ injury, it could look to a number of marquee veteran free agents. Former Rams standout Todd Gurley, Adrian Peterson, Le’Veon Bell, LeSean McCoy and Frank Gore are among the notable names who remain unsigned.

Rams veterans are scheduled to report to training camp on July 27.