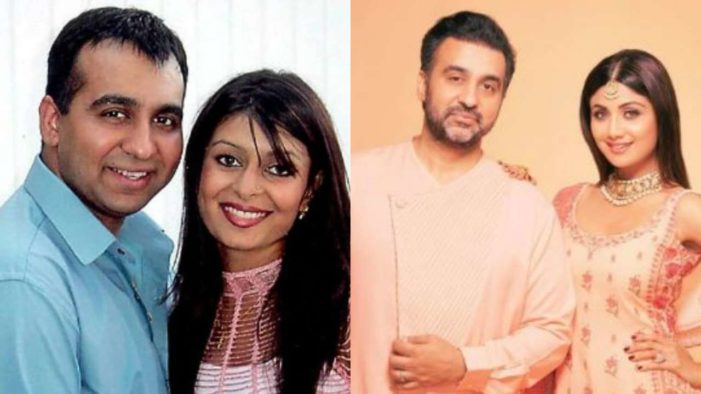 Actress Shilpa Shetty Kundra and her husband Raj Kundra are avid social media users and often share photos of spending quality time with their kids or enjoying each other’s company, on social media.

The couple who tied the knot in November 2009, is blessed with a son and daughter, Viaan Raj and Samisha Shetty Kundra. Shilpa Shetty and Raj Kundra recently completed 11 years of marital bliss and Shilpa even took to her Instagram handle to pen a romantic note for her husband Raj who she fondly calls ‘Cookie’. However, it’s a little known fact that Shilpa isn’t Raj’s first wife and that he was married to Kavita Kundra earlier. In fact, Raj had separated from his first wife when their daughter Deelena Kundra was a couple of months old.

Recently, an old interview of Kavita in which she accused the ‘Dhadkan’ actress of wrecking her marriage with Raj Kundra is doing the rounds on the internet.

In her interview with tabloids News of The World and The Daily Mail, speaking about her failed marriage and alleging that Shilpa Shetty was behind it, Kavita had said to one of the publications, “I look at the pictures of them together and think, she’s with my husband, she’s living my life. While I was trying to put our marriage back together, he was talking constantly about Shilpa, as if it didn’t matter what happened to us because he had found someone better, cleverer and more famous than me. Now he has begun pestering me for a divorce. I asked him if he planned to marry someone else but he avoided the question.”

Later, when the media questioned Raj about his relationship with Shilpa Shetty at the latter’s perfume launch event, he denied the allegations and claimed they were ‘just friends’.

In a statement he said: “My wife and I separated nine months ago and filed for divorce four months ago; we had agreed a mutual divorce. The reasons for the divorce are too personal for me to discuss and it would bring down my ex wife and I do not wish to stoop down to her level as its very degrading. At this time I had no association with Shilpa Shetty whatsoever.”

“I regret that my personal situation has led my ex-wife to attempt to damage the reputation of a highly acclaimed celebrity. I would simply like to take this opportunity to apologise to Shilpa Shetty and her family for my ex-wife’s shocking allegations,” concluded Raj Kundra.

As for what Shilpa had to say about Kavita’s accusations, well, she denied even knowing Raj Kundra when Kavita “walked out on him” In an interview to The Daily Mail in 2007, Shilpa had said, “I was really upset by what she said,” says Shilpa. “She knew very well that I didn’t even know her husband when she walked out on him.

“I didn’t even know him when I went into Big Brother. I have known him for about only six months, which was four months after his wife had left home and he had already got a divorce by then,” she added.

Kavita is the daughter of a businessman based out of the United Kingdom. She married Raj Kundra in 2003,  but the two parted ways in 2006.