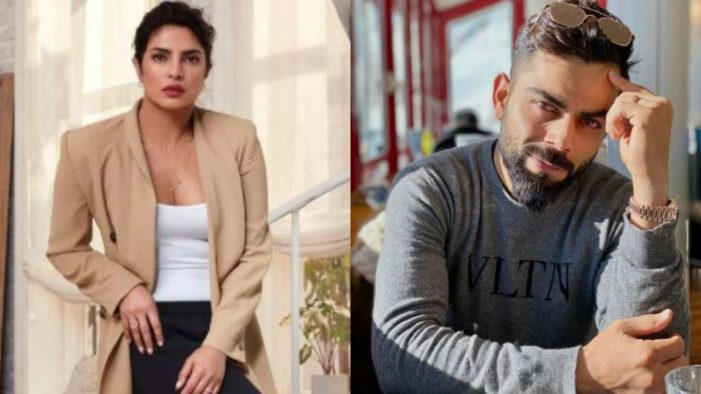 Global icon Priyanka Chopra Jonas and the Indian cricket team captain Virat Kohli and the only two Indians who have managed to acquire a spot on the top 30 in the Hopper Instagram Richlist 2021.

The annual list ranks celebrities, sports personalities and others based on how much they charge for each of their promoted posts on Instagram.

Last year, Virat was on the 23rd spot while Priyanka was on the 19th. 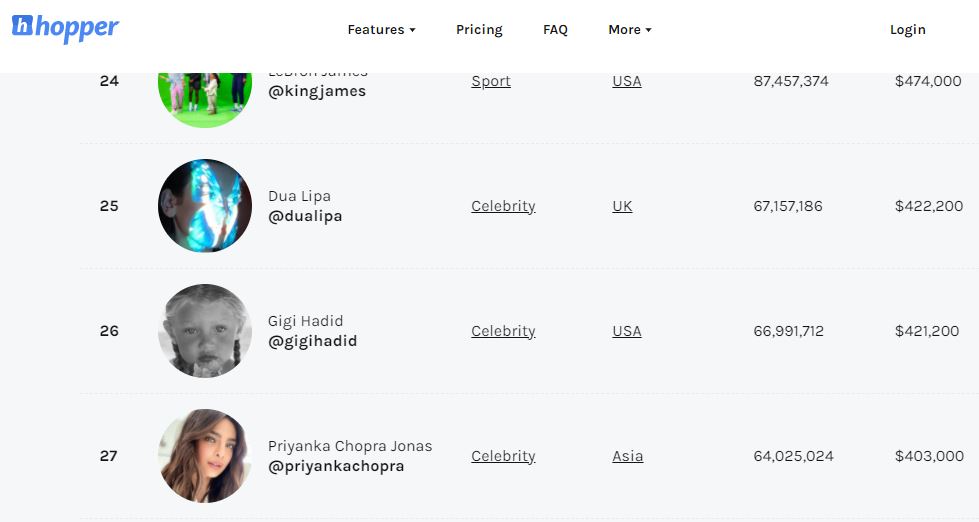 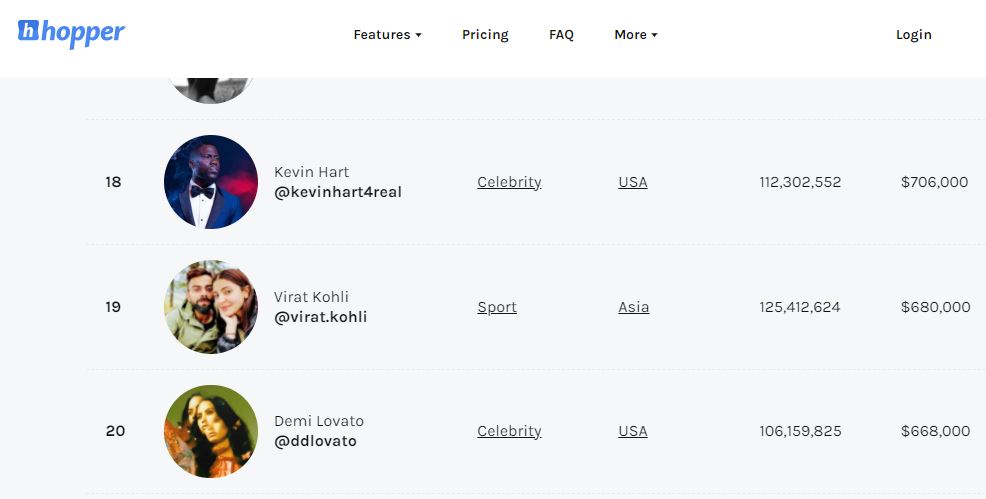 The Hopper Instagram Richlist 2021 list is topped by football star Cristiano Ronaldo who has a massive 295 million followers and earns $1,604,000 ( Rs 11.9 crore) per post. On the second, third and fourth spots are Dwayne Johnson, Ariana Grande, Kylie Jenner, respectively.

On the work front, she has several projects in her kitty including ‘Matrix 4’, ‘Text For You’ and ‘Citadel’  which is backed by ‘Avengers: Endgame’ directors Russo Brothers. Priyanka will also be seen in an Indian wedding comedy with Mindy Kaling.