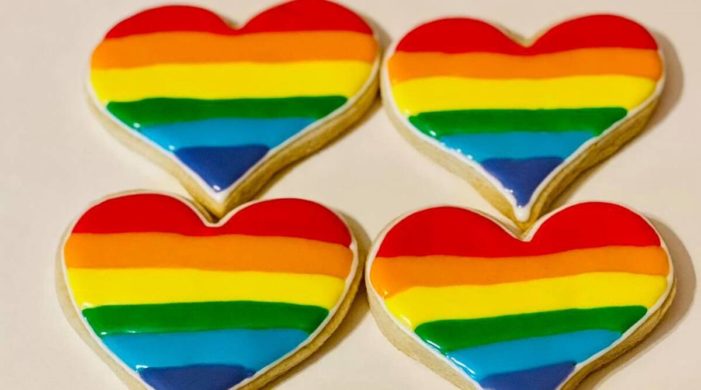 A bakery in Lufkins, Texas, US — which had been criticised for making rainbow-coloured ‘Pride Cookies’ was in for a surprise when hundreds of customers queued up outside their store to show support and celebrate Pride Month.

Every year, the month of June is celebrated as Pride Month in honour of members of the LGBTQI+ community and works towards equal opportunities for them. According to theLibrary of Congress website, the first Pride march in New York City was held on June 28, 1970.

Confections, which is run by two sisters — Dawn and Miranda Cooley — had shared on Facebook that they lost a ‘significant amount’ of followers after sharing photos of their special Pride cookies – in the colours of the rainbow flag that has come to denote the community’s various expressions. The bakery had shared the photos of the heart-shaped cookies and wished the local LGBTQ community a happy Pride Month.

The post read, ‘More love. Less hate. Happy Pride to all our LGBTQ friends! All lovers of cookies and happiness are welcome here.’

However, the post received a lot of negative reactions and comments, which led to a fall in their followers. The sisters went on to say that they even received a hateful message on their business page by someone who had first ordered a large order and later cancelled.

Seeing the queue in a picture shared by a customer, the sisters wrote, “We are overwhelmed. This was taken around noon today and sent to us by a sweet customer. Thank you.”

Pride Month is also a tribute to those involved in the Stonewall Riots, which took place in 1969 in New York when the members of the community protested against a police raid in a gay bar in Greenwich Village – Stonewall Inn.