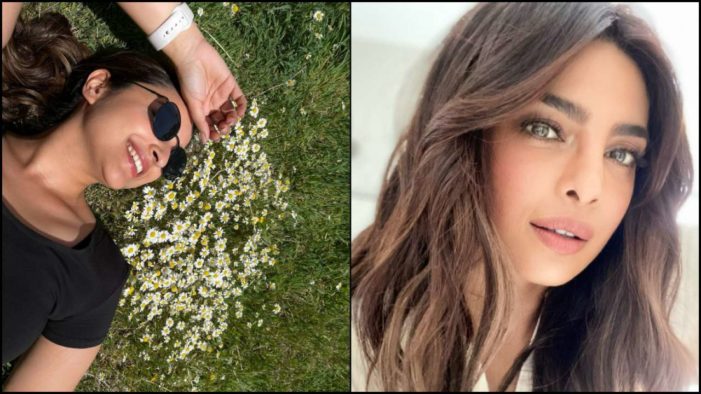 Parineeti Chopra is currently in Turkey where she is enjoying her time to the fullest. The actor has been sharing her photos and videos from the exotic location on her social media pages. Moreover, she even conducted an ‘ask me anything’ session on her Instagram page where she gave a glimpse of the view she is witnessing daily. Parineeti revealed that she has been in Turkey since March this year.

Now, Parineeti took to her Instagram page and shared a photo sizzling in a black bikini while getting sunkissed at the beach. In the photo, the actor completed her look with vintage sunglasses and is posing against a breathtaking view of the sea. However, Chopra opted for a quirky caption for her post. She wrote, “I was doing Pranayama before this photo. Ok, that’s a lie.” 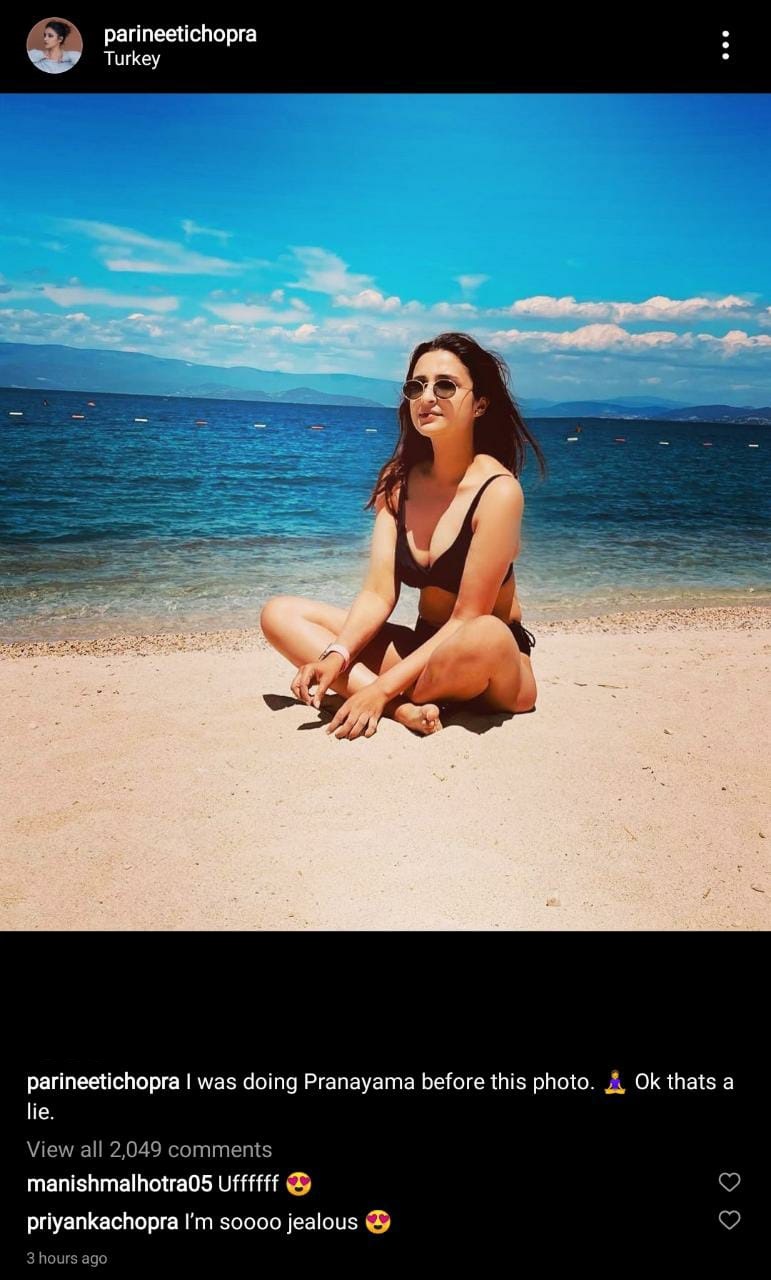 Currently, Parineeti is riding high on the success of her three films ‘The Girl On The Train’, ‘Saina’ and ‘Sandeep Aur Pinky Faraar’. The actor is receiving rave reviews from critics and her fans for her incredible performance in these three films.

While talking about her earlier work and praising the directors, Parineeti told ETimes, “I was very unhappy with the work I was doing. I had faith in myself but the filmmakers just wouldn’t offer me the parts I was yearning for. I was signing films half-heartedly. I was in a constant state of dissatisfaction. I will be forever indebted to three directors Amol Gupte (Saina), Dibakar Banerjee (Sandeep Aur Pinky Faraar), and Ribhu Dasgupta (The Girl On The Train).”