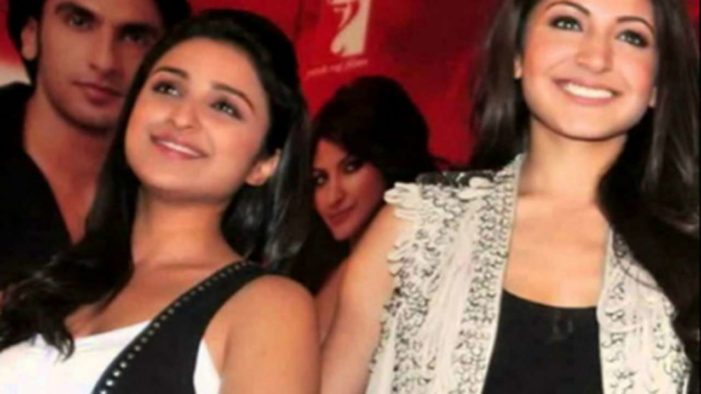 After working with Yash Raj Films (YRF) as an employee, Parineeti Chopra made her Bollywood debut under the banner with the film ‘Ladies vs Ricky Bahl’. In the film, she was seen alongside Anushka Sharma, Ranveer Singh, Dipannita Sharma and Aditi Sharma. On Wednesday, Parineeti conducted an ‘ask me anything’ session on her Instagram page where one of the users asked her, “Say something about your lady crush Anushka Sharma.”

To which Chopra wrote, “I went from handling her interviews for ‘Band Baaja Baaraat’ to becoming her co-star in ‘Ladies vs Ricky Bahl’ within three months. So cool na? Have always looked up to her since that time. @anushkasharma”

Anushka reposted Parineeti’s response with a GIF that read as “Big hugs”. 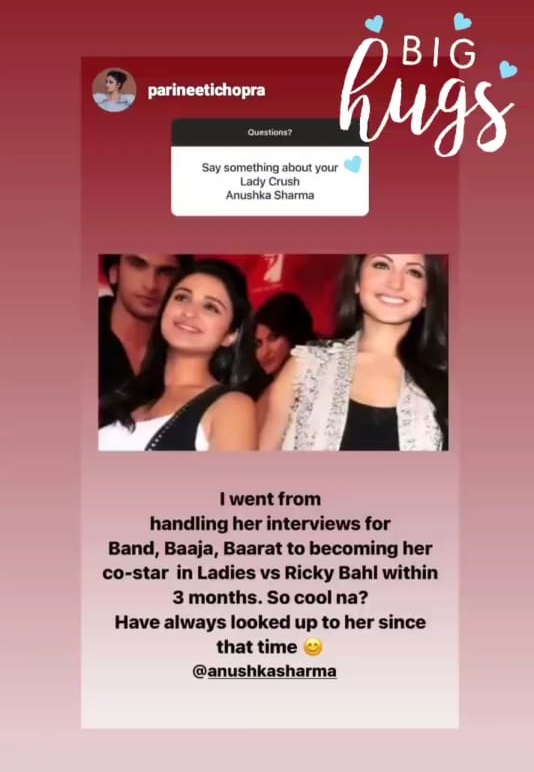 Meanwhile, on the work front, Parineeti is currently riding high on the success of her three movie outings in 2021 namely ‘The Girl on the Train’, ‘Sandeep Aur Pinky Faraar’ and ‘Saina’.

Talking about her recent success, the actor told Hindustan Times, “I was very unhappy with the work I was doing. I had faith in myself but the filmmakers just wouldn’t offer me the parts I was yearning for. I was signing films half-heartedly. I was in a constant state of dissatisfaction. I will be forever indebted to three directors Amol Gupte (Saina), Dibakar Banerjee (Sandeep Aur Pinky Faraar), and Ribhu Dasgupta (The Girl On The Train).”

The actor’s upcoming film is ‘Animal’ starring Ranbir Kapoor in the lead role. The film is directed by Sandeep Reddy Vanga of ‘Kabir Singh’ fame and also stars Anil Kapoor and Bobby Deol in pivotal roles.