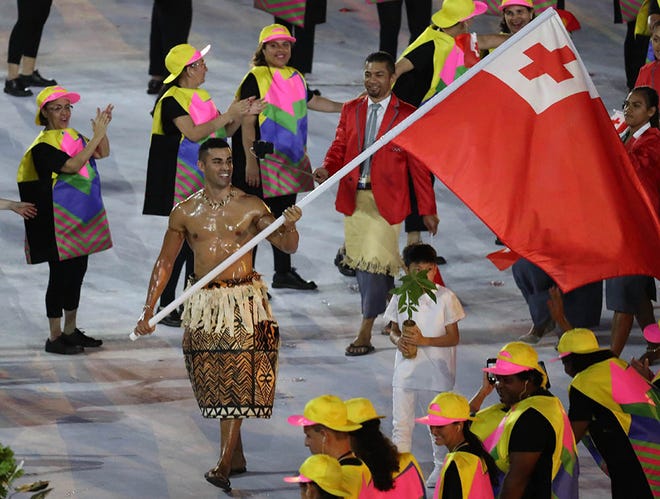 When viewers tune in to NBC to watch the opening ceremony for the Tokyo Olympics on July 23 at 6:55 a.m. ET (it will re-air starting at 7:30 p.m. ET), the pageantry and spectacle usually associated with the start of the Games likely will be much different than they’re used to seeing.

Yes, flagbearers will be present, and athletes waving to the cameras while representing their countries as a show of unity among those competing is not going away.

The seats at Tokyo’s National Stadium will be empty of spectators with the exception of a few VIPs and dignitaries, as will every other Olympic venue hosting events because of the ongoing coronavirus pandemic.

Executives at NBC again laid out their plans Tuesday before competition kicks off on July 21 with women’s soccer and softball games.

The contingency plans for the Games that were delayed a year took another turn when Japan declared a new state of emergency last week as COVID-19 cases in Tokyo continued to spike. This led organizers to ban Japanese spectators from the Games in Tokyo, no doubt forcing NBC officials to adapt their broadcast plans.

WHEN DO THE OLYMPICS START:  Everything you need to know

“The most meaningful Games of our lifetime,” Molly Solomon, executive producer and president of NBC Olympics Production, said. “We are all emerging from this pandemic, so many of the athletes it is a once-in-a-lifetime opportunity. We are confident we can confidently produce these Games.”

Ato Boldon and Rowdy Gaines, NBC analysts who cover track and field and swimming respectively, say they have no reservations about going to Japan despite the restrictions placed on visitors to the country. NBC, which has nearly 1,000 people on the ground a week out from the Games, including prime-time host Mike Tirico, says it will adhere to all COVID protocols to ensure the safety of its staff.

As far as the look and sound of the Games when viewers watch the opening ceremony, no decision has been made about how many athletes will be allowed to march.

The network will not add artificial crowd sound for events, but the plan is to have more in-venue audio that captures natural sound.

Many of the 613-member U.S. contingent aren’t expected to be in attendance at Olympic Stadium for the opening ceremony. As is the case with previous Games, some athletes choose not to attend, opting to rest before competition. It’s also unclear with social distancing how many athletes will be allowed to participate.

The last version of the athletes’ playbook says “additional rules will apply” for the opening and closing ceremonies, but provides no specifics.

“The journey to be a part of the 2020 U.S. Olympic Team was like no other,” said Rick Adams, USOPC chief of sport performance, in a statement. “This team is special; these Games are special. The commitment from Team USA athletes and the National Governing Bodies never wavered, and for that we are grateful.”

NBC officials also confirmed that they will host a watch party at an NBCUniversal resort in Orlando. Sponsors will pay for two family members or friends of Team USA athletes to travel to Florida. That offer, according to the Wall Street Journal, includes free round-trip airfare, plus four nights at an Orlando resort and tickets to three Universal theme parks.

Peacock, the streaming service that will provide track and field coverage, men’s  and women’s basketball and gymnastics, was again a heavy focus of executives.

“You have a blank canvas to give them everything and anytime,” Solomon said. “There are so many different options. If you want to get up early, you can watch gymnastics, and the second week, we have track and field.

Peacock will be free to all who sign up and watch Olympic sports, except for men’s basketball, which is offered as part of a plan that costs $4.99 a month.

NBC touts 'most meaningful Games' of our lifetime; details on opening ceremony still unclear added by News89 Team on Jul 14, 2021
View all posts by News89 Team →