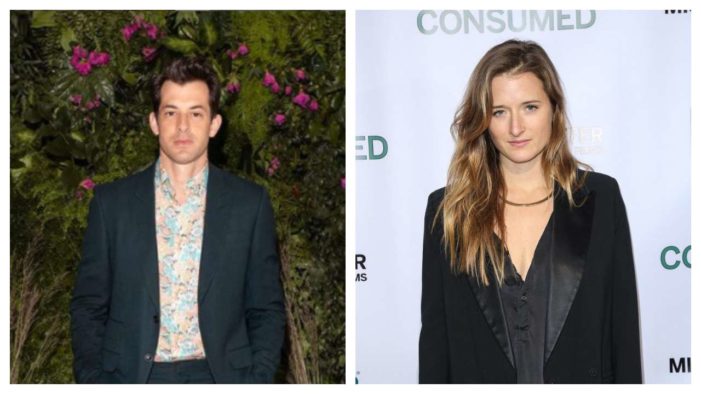 Mark Ronson, the British-American DJ, singer and songwriter is now engaged to Hollywood veteran actor Meryl Streep’s daughter Grace Gummer.  Mark confirmed this on the podcast ‘The FADER Undercover’. He said, “I got engaged last weekend,” during a chat with Kevin Parker of Tame Impala.

Mark, the 45-year-old singer describes his first kiss with his now-fiancée as ‘corny’ but said he’ll remember it forever. He said, “There’s a plaque for that somewhere. There’s a first kiss, very corny Hallmark first kiss plaque, but no, it was forever, it will be etched. It’s still my record.”

The engagement rumours caught wind in May when Mark and Grace were seen enjoying a romantic PDA-filled stroll through London. Later, Grace was spotted wearing an impressive diamond ring on her left ring finger. The couple reportedly had lunch with Mark’s mother Ann Dexter-Jones that day.

This will be both Mark and Grace’s second marriage. Grace had filed for divorce from musician and ‘Nomadland’ actor Tay Strathairn in April 2020.

Ronson was married to a French actress Joséphine de La Baume, they were together from 2011 to 2018. He was also briefly engaged to Rashida Jones in 2003.

For those who don’t know, Grace Gummer is an actress whose credits include ‘‘Smash’, ‘American Horror Story’, ‘Mr. Robot’ and ‘A Teacher’. She also played Hallie Shea in ‘The Newsroom’, an American political television drama series created and written by Aaron Sorkin.