Makers of ‘Money Heist’ hint at ‘The Professor’ spin off 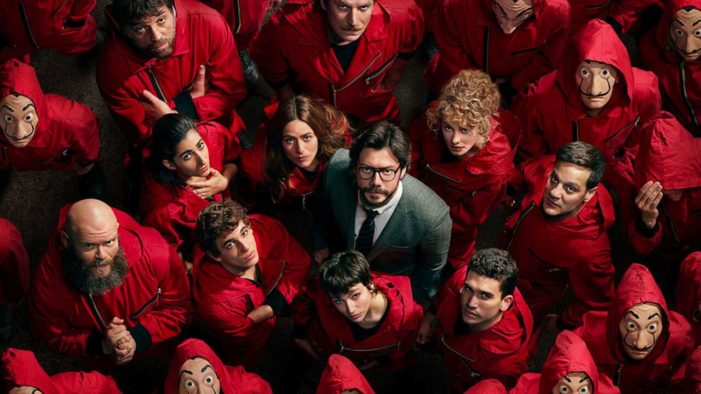 ‘Money Heist’ season 5 is one of the most awaited series of 2021 considering the show is watched by millions across the world. There are no points for guessing that the most loved and admired character of the series is The Professor (Sergio Marquina), played by Álvaro Morte. His fans love him for his complex nature, his mastermind behind all the heists and they certainly wouldn’t mind a spin-off of his character.

In a recent exclusive virtual set visit and meet, show’s Executive Producer Jesus Colmenar spoke to Indian Express, on why it’s uncertain that he would dig deeper into the professor’s life and background, away from the main timeline of ‘Money Heist’.

According to Jesus, the backstory and what could have happened with the professor that led him here is already contained in the show itself if you closely.

He said, “Would I do a spin-off of The Professor? Maybe, but it’s already in Money Heist. I mean: his story, his reasons, his why… is already going to be told in Money Heist. Spin-offs (work) of a very secondary character who attracts a lot of attention work, and you can create a new series based on their story.”

Alex Pina, the showrunner of  ‘Money Heist’ reiterated Jesus’ words. He said, “When you make a spin-off, it has to be about a totally different universe, and you have to put the focus elsewhere. On the one hand, you could make a spin-off of every character in Money Heist because they all have enough for a series, but at the same time I think that Money Heist already tells their stories.”

‘Money Heist’ boasts of an ensemble cast, with individual characters and their emotional journeys. ‘Money Heist’ season 5 will be released in a unique format with volume one dropping on a major streaming platform on September 3 while volume 2 will arrive on December 3.