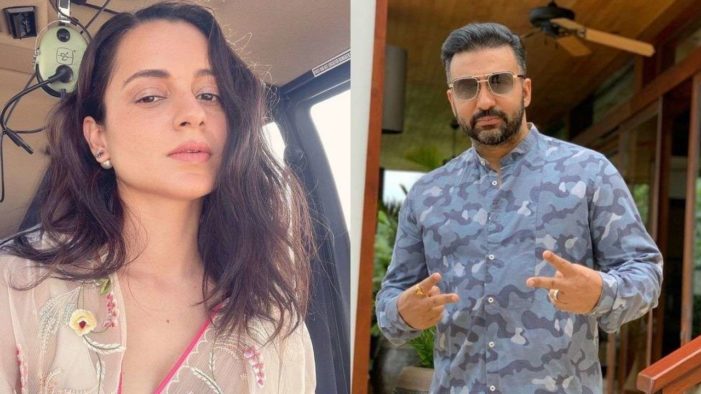 Shilpa Shetty’s husband and businessman Raj Kundra’s arrest came as a shocker for their friends and fans. Raj was arrested by the Mumbai Police late on Monday on alleged charges of making and publishing pornographic content and publishing them through mobile applications. Actress Kangana Ranaut has now attacked Raj and has called the film industry ‘a gutter’. She also said that she will expose Bollywood in her upcoming film ‘Tiku weds Sheru’.

Kangana took to her Instagram stories and shared a post of Raj Kundra’s arrest with the caption, “This is why I call movie industry a gutter… all that glitter is not gold, I am going to expose under belly of Bullywood in my upcoming production called Tiku weds Sheru.. we need strong value system and conscience in the creative industry and of course a whip” 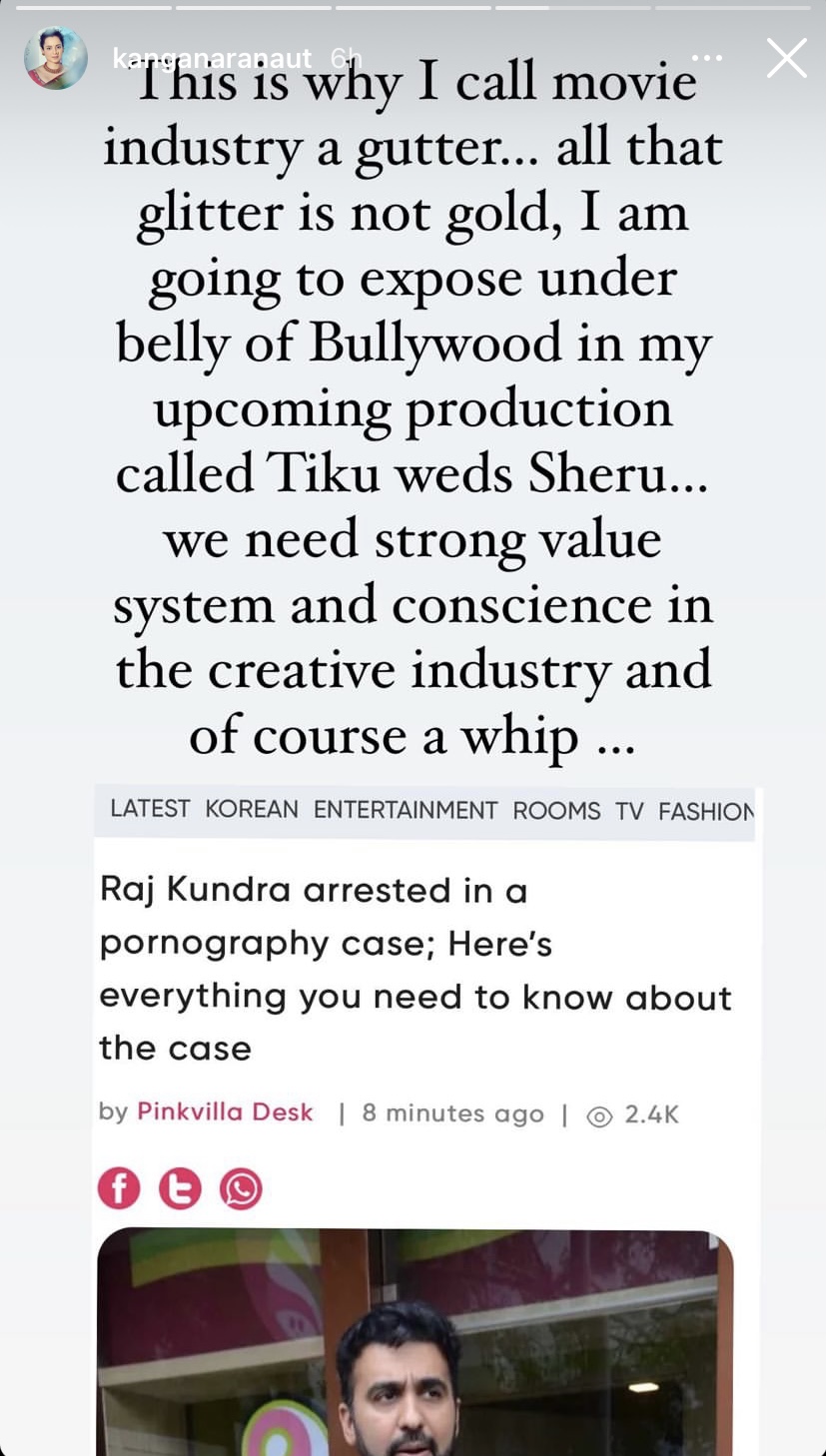 Kangana is producing ‘Tiku Weds Sheru’ under her home banner Manikarnika. The film stars Nawazuddin Siddiqui as the male lead. This will be her maiden digital venture.

Kundra is the owner of Viaan Industries Ltd, jointly promoted by the couple, while Bakshi — a British citizen, who is married to Kundra’s sister — is the Chairman of Kenrin Ltd., London.

“The free to download app was yanked off by both Apple and Google Playstore for the type of its content. The Mumbai Police have recovered incriminating evidences like several HotShot films, video clips, WhatsApp chats, etc. during the investigation,” Bharambe told a crowded media gathering.

He said that the probe into the entire affair of Kundra started in February 2021 with the Malvani police station blowing the lid off by lodging a complaint about pornographic content being produced and shot at some bungalows in the remote Madh Island and its surroundings in the coastal areas of Malad in north-west Mumbai.

After making the content, the two companies — Viaan and Kendrin — made them available on mobile apps, offering subscriptions akin to the mainstream OTT platforms, advertise them on social media, all of which were illegal as pornography in any form is banned in India.

Following the investigations by the Malvani Police and later by the Crime Branch-CID and Property Cell, at least 12 arrests have been made so far, including Kundra, his techie associate Ryan J. Tharpe, who were remanded to police custody till July 23 by a Mumbai Magistrate Court.