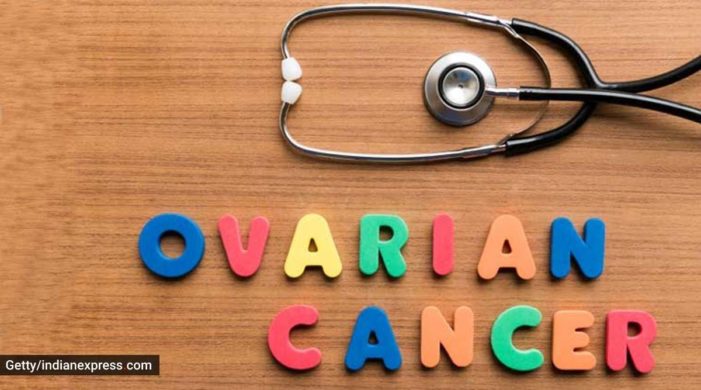 Recently, CNN anchor Christiane Amanpour announced on live TV that she has been diagnosed with ovarian cancer and also urged women to get early diagnosis and educate themselves about the treatment. “I’ve had successful major surgery to remove it, and I’m now undergoing several months of chemotherapy for the very best possible long-term prognosis, and I’m confident,” the renowned journalist said.

After speaking about her surgery and chemotherapy, Amanpour said, “I’m telling you this in the interest of transparency but in truth really mostly as a shoutout to early diagnosis.” She urged women to educate themselves on this disease; to get all the “regular screenings and scans that you can; to always listen to your bodies, and of course to ensure that your legitimate medical concerns are not dismissed or diminished”.

Thank you all for your incredible support, I am riding your wave and it will carry me through.#raiseawareness #encourageotherwomen https://t.co/123WA4gKHY As per MayoClinic.org, ovarian cancer often goes undetected until it has spread within the pelvis and abdomen. (Source: Getty Images/Thinkstock)

Here’s everything you need to know about the disease

As the name suggests, ovarian cancer is a type of cancer that begins in the ovaries. The female reproductive system contains two ovaries, one on each side of the uterus. The ovaries — each about the size of an almond — produce eggs (ova) as well as the hormones estrogen and progesterone, according to MayoClinic.org.

However, Dr (Col) R Ranga Rao, Chairman, Paras Cancer Centre, Paras Hospitals, Gurugram tells indianexpress.com that ovarian cancers, which were previously believed to begin only in the ovaries, can actually start in the cells in the far (distal) end of the fallopian tubes.

“The ovaries are mainly made up of 3 kinds of cells. Each type of cell can develop into a different type of tumor. Some of these tumors are benign (non-cancerous) and never spread beyond the ovary. Malignant (cancerous) or borderline (low malignant potential) ovarian tumors can spread (metastasize) to other parts of the body and can be fatal. Only about 20 per cent of ovarian cancers are found at an early stage and 80 per cent are diagnosed in stages 3 and 4 when patients develop symptoms. When ovarian cancer is found early, about 94 per cent of patients live longer than 5 years after diagnosis,” he said.

As per MayoClinic.org, ovarian cancer often goes undetected until it has spread within the pelvis and abdomen. At this late stage, ovarian cancer is more difficult to treat. Early-stage ovarian cancer, in which the disease is confined to the ovary, is more likely to be treated successfully.

According to Dr Rao, women are more likely to have symptoms if the disease has spread, but even early-stage ovarian cancer can cause them. The most common symptoms include:

Who is at risk?

According to Dr Rao, in India, ovarian cancer is the third most common type of gynecological cancer. The incidence of ovarian cancer is between 5.4 – 8/100000. The risk starts increasing from age 35 and reaches a peak between the ages of 55 – 64. The high mortality rates arise because of a lack of definite symptoms related to early-stage disease.

Dr Jain added people with infertility, endometriosis, polycystic ovarian syndrome, use of an intrauterine device, and cigarette smoking are at an increased risk.

But Dr Jain mentioned that while a majority of ovarian malignancies (95 percent) are epithelial, the remainder arises from other ovarian cell types (germ cell tumours, sex cord-stromal tumours.

According to Dr Jain, no screening method is proven effective and hence not recommended. “Ca 125 level test, a blood test, is neither sensitive nor specific to cancer,” she said. Dr Rao says that there are no effective screening strategies because the “exact cause of ovarian cancer is unknown”.

Surgery is the treatment of choice and gives the best chance of cure if detected early, said Dr Jain. “Surgery is followed by adjuvant chemotherapy that significantly provides survival benefit,” Dr Jain said while adding that the “risk of relapse is 60 to 85 per cent”.

As per Dr Rao, modern treatment consists of targeted therapy, surgery, and chemotherapy in the abdomen. “Hereditary gene testing (BRCA genes) is highly recommended in these patients. Not only the prognosis but also the treatment is slightly different. Maintenance therapy with new tablets is benefiting the patients quite a lot by significantly delaying the recurrences,” Dr Rao noted.