Farhan Akhtar talks about his film ‘Toofaan’, says would like to be in THESE biopics 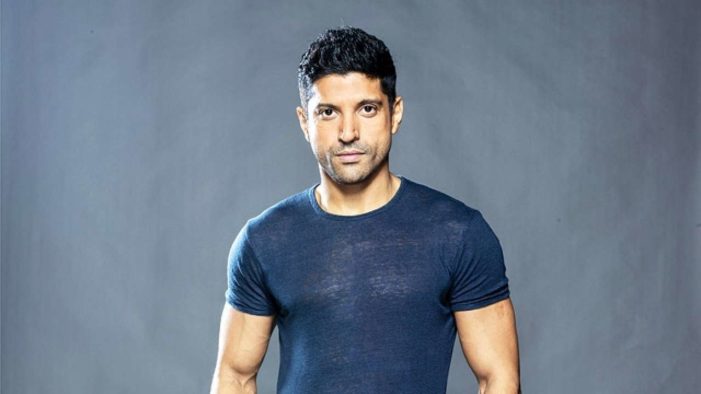 ‘Bhaag Milkha Bhaag’ actor Farhan Akhtar is ready with yet another action-packed film ‘Toofan’ for his fans. It is directed by the very talented Rakeysh Omprakash Mehra. The trailer of the film was unveiled a day back and as expected has received a warm reception.

In a roundtable conference, Farhan Akhtar addressed the media, talking about his upcoming venture Toofan, his prep-up for playing a boxer and much more.

When asked, if ever he’s offered a biopic on any film personality, who would it be?, the actor told Zee News Digital, “Wow! I have been asked this before and the reason it is difficult to answer is that when you name one or two, it kind of negates the many other people who have incredible stories to be told. But the ones that more often than not spring to me, and again, am not answering this question as an actor but firstly as someone who would love to see these films. I would love to see a story on Kishore Kumar. He is such a part of our lives through his music and songs. Every generation discovers him over and over again. He had a spark in him and there was a madness in him – would be an incredible film.”

“Another person whose life would make for great viewing would be Guru Dutt. Incredibly talented, gifted director, who left us too early. And socially so conscious in all his films,” he added.

Farhan continued, “When I think about other characters who I don’t know much about, but I would love to know their stories, somebody like Fearless Nadia would be amazing. This part German woman who was doing these action movies, what’s her story, where did she come from – there are many like that.”

“I hope the day does come, it would be an absolute privilege to do a film based on these incredible legends. Let’s hope for the best,” the Toofan actor said.

Farhan Akhtar plays a national-level boxer in Toofan. It stars Mrunal Thakur and Paresh Rawal in supporting roles. The film will schedule to release on July 16, 2021, on Amazon Prime Video.

Farhan Akhtar talks about his film ‘Toofaan’, says would like to be in THESE biopics added by News89 Team on Jul 1, 2021
View all posts by News89 Team →