Exclusive – Happu Ki Ultan Paltan’s Kamna Pathak aka Rajesh on rejections: I was told ‘not fit’ even before giving the audition; couldn’t understand where was I going wrong

By News89 Team on 13 January 2022Comments Off on Exclusive – Happu Ki Ultan Paltan’s Kamna Pathak aka Rajesh on rejections: I was told ‘not fit’ even before giving the audition; couldn’t understand where was I going wrong

Kamna Pathak, currently seen as Rajesh Happu Singh in the hit sitcom, Happu Ki Ultan Paltan, joined ETimes TV for our exclusive Tellyblazer segment. During the interaction, Kamna spoke about her character, the show, her journey in showbiz, love for acting and how theatre plays a vital role in her life. The strong headed personality also addressed how she deals with criticisms and rejections. Read on:

About her character, Rajesh from Happu Ki Ultan Paltan


This character is very close to my heart because there are many similarities between Rajesh and Kamna. She is a strong-headed personality, puts forth her views with confidence. Earlier, bahus were only shown in the stereotypical way of listening to taunts, suffering abuse but this is something different. My language in the show is that of Bundeli from the Brij side. Women in those parts are very smart and alert. You just can’t mess with them and I relate to it. Rajesh is today’s woman. She is strong but not disrespectful and is a mother of nine children. People usually ask me why did I take up such a character. This was the biggest challenge for me because I am unmarried, don’t have any children. I thought about how her body language would be, how much work she would have at home, how her personal life would be. This character forces me to think about all of these questions. Therefore, this character is very close to my heart.

Is there creative satisfaction in portraying a character for a long period?


The benefit of doing a role for a very long period is that I know how that character sleeps, talks and I am aware of her daily life. The uniqueness of our show is that it has a new topic every week, which doesn’t make the show boring. It’s not like the bahu is getting taunts from her husband, mother-in-law every day and your personal life is a mess. So, this isn’t there. Happu Ki Ultan Paltan talks about real-life topics with humour every week. The story is about how the middle-class family struggles on a day-to-day basis. For instance, increasing rates of onions – why did you make fritters, why did you cut them in salad, they are expensive. I remember, I did a character called ‘Chimti Maiyya’ which is comical plus believable and has ‘Bolo Ta ra ra ra’ as her ‘takiya kalaam’. I’d also played Happu’s grandmother’s role in ‘Awadhi’ because we won’t bring all our daughter-in-laws from the same city. This is the speciality of our show that there is a new story each time, a new challenge every day as an actor and you also get to perform a lot. This is exactly like theatre where you get to experiment and improvise. Our director, creative writers and directors give us a lot of freedom as actors to give our inputs. Not every team gives the actors the liberty to explore, they are supposed to stick to their lines unless there are back-to-back cues. Also, with so much variety there is less time for preparation unlike films where you take a year to prepare yourself for a particular role. The challenge here is how well you can execute the character in a short span of time.
After doing this show, would you be hesitant to take up a typical daily soap?


I should love the role. I just can’t take up anything. As an actor, I am very greedy to keep exploring new things. I try to give a new input every month, what I can add on. I love taking up challenges as an actor to do something that will make you push your limits. I’d never thought that my first show as the lead would be that of a mother of nine children. When I’d gone for the audition, I wasn’t thinking, ‘What look will they give me?’ but I thought how would that character be staying at home, what would her interaction be. This passion led me to this show and everyone loved my audition. If I take up another show, that has to be unique and I should get to explore, only then will it excite me as an actor. 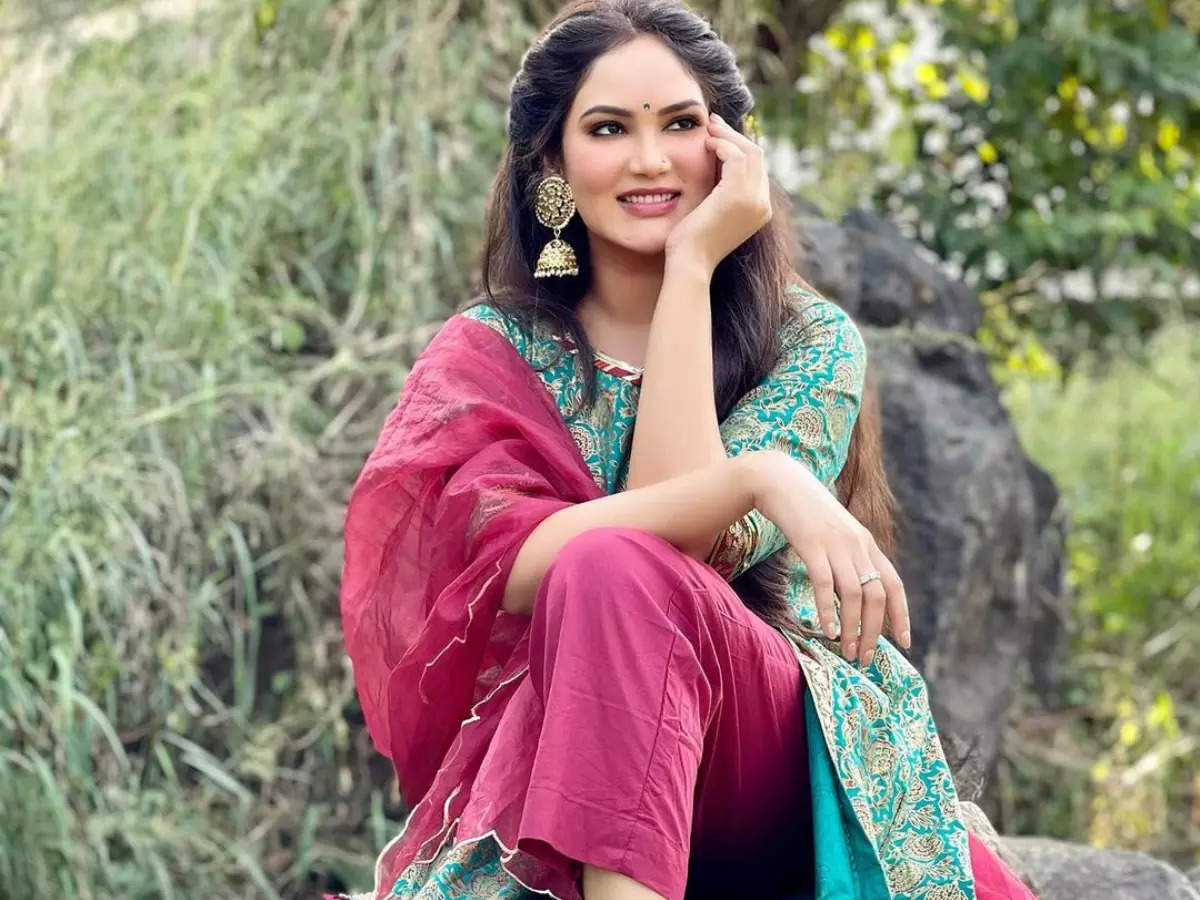 
This is a very good thing that age isn’t playing an obstacle to one’s profession. If an actor starts acting from his childhood, he/she will do a great job even then, during the youth too, the artist would want to perform better and during old-age, the experience sharpens the artist with time. At 40, there would be maturity in my art. An actor becomes camera-friendly with time. Unless you don’t gain practical experience, we won’t understand where to look. The characters are not always in front of you, it’s all about how you talk to the camera, less, more, it all comes with practical experience. The change in TV is a boon for actors along with OTT and other platforms to explore. This is a very good period for the actors where they can have work too.

On choosing acting as her career


I’ve been doing theatre since I was 5 year-old but I’ll take up acting as my profession, wasn’t clear. I would have been a lawyer and I had decided that after 12th grade, I’ll do further studies for six years and become a lawyer. But, when I went to my college and did plays, I received a lot of praise. Unknown people would walk up to me and say that I performed very well and I thought to myself, ‘Not everyone will lie. There must be something about my art.’ So, it was during my college days that I realised, I am made for acting and I won’t be able to survive without it. During the summer break of my Masters degree, I tried to teach at a school but I couldn’t do it because I did not enjoy it. It was then that I told myself, ‘Kamna, you are made for acting and only acting is your life.’ Very often, I keep writing this, ‘Rangmanch hi meri duniya hai,’ which is true. It doesn’t matter if that’s TV, theatre, Films, OTT or any other medium. 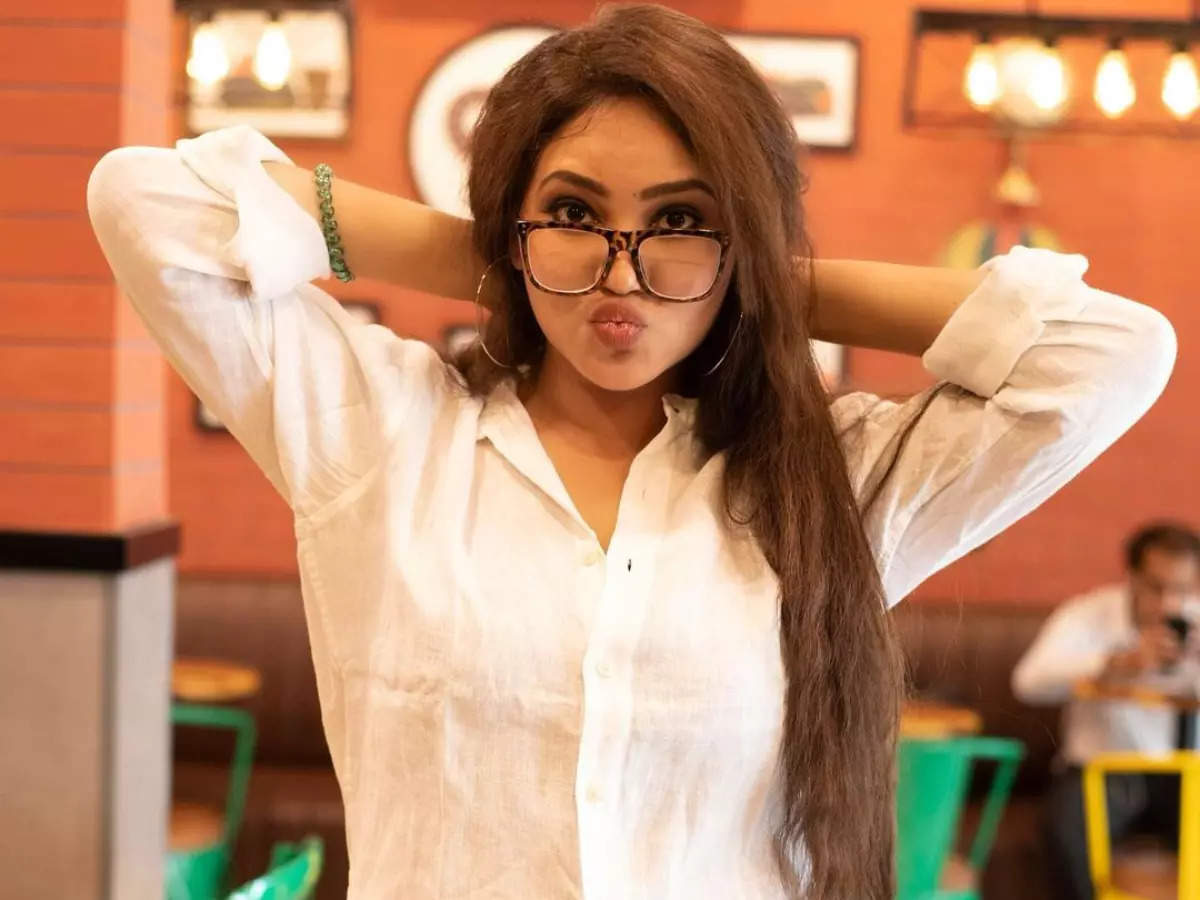 On her English film, Mango Dreams

I’d done a show with Baba Azmi ‘Yeh Kahaan Aa Gaye Hum’ and the creative director of that show informed me about Mango Dreams. He told me that the character was very interesting, who spoke Gujarati and English and shared the screen space with Pankaj Tripathi. His name was more than enough to convince me to take up this role, even if the screen time lasted for a few seconds, I would do it. Throughout, I was involved with the film’s process and learnt a lot. There is no language barrier but how we overcome things and learn. I am not a Gujarati but I have to speak Gujarati in the movie. It was a lovely experience as we shot in Gujarat.


I never sat idle in Mumbai, I had always been doing theatre and that’s the reason why I wasn’t worried much mentally. I’d taken classes here and whenever I felt worried, I always spoke it out with my teacher. I shared everything with him. So, it was a great experience. When I was in Delhi, my experience was different there in comparison to Mumbai. This city was new for me, I was an outsider and I knew nobody here. Theatre made it very easy for me. I worked continuously with IPTA (Indian People’s Theatre Association). I did my first play in Mumbai with Aasif (Sheikh) ji, ‘Kabuliwala’ in Prithvi theatre. So, I know Aasif ji from back then. Although theatre made it easy for me, rejections were also a part of the process. Rejections were such where nobody told what or where was the fault, they would just say ‘not fit’ and I couldn’t understand what they meant. Was it the physical attributes, looks, first take the audition at least. For many days, I couldn’t understand this term and process but this did not break me or consume me because I was doing theatre anyway. Theatre has been my biggest support from where I was getting good income and got to work with brilliant actors. 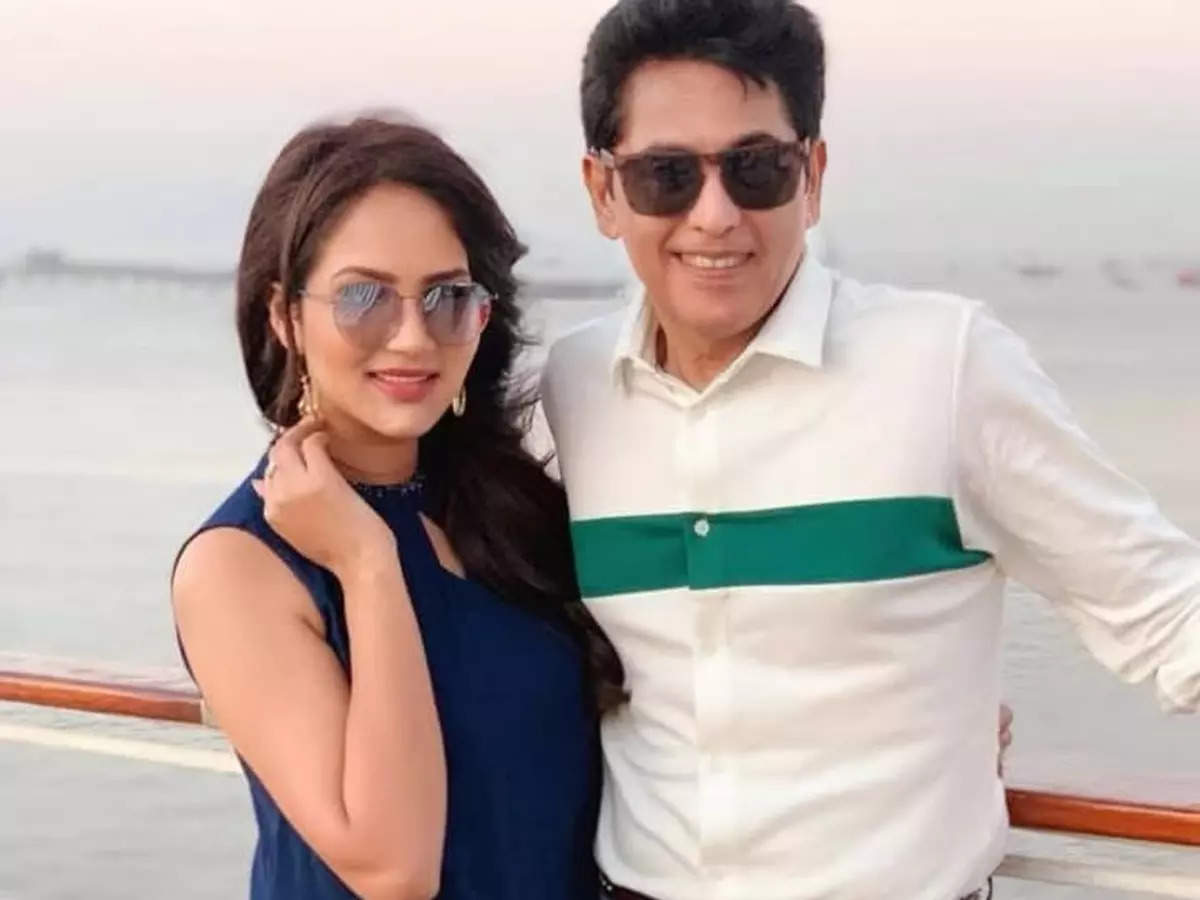 How TV as a medium helped her?


I got a lot of love and recognition from TV because theatre has its limited audience. TV is a medium that is in everyone’s home but the challenge here is that people have the remote control in their hand. And, you have to be that good that they don’t change the channel and people would want to watch you. In multiplexes, people pay for films and they are compelled to watch, in rare cases, someone might leave the film midway and leave. This challenge is for the producers, directors and even the writers and for the actors to attract eyeballs. So, you have to work harder and better every day. Through TV, I got major recognition, received lots of love through mails, messages and my energy increased after seeing that. I also receive a lot of suggestions from people I don’t know. Even if anyone’s criticised you, you should take that positively and improve yourself. My fans’ love motivates me to work every day. 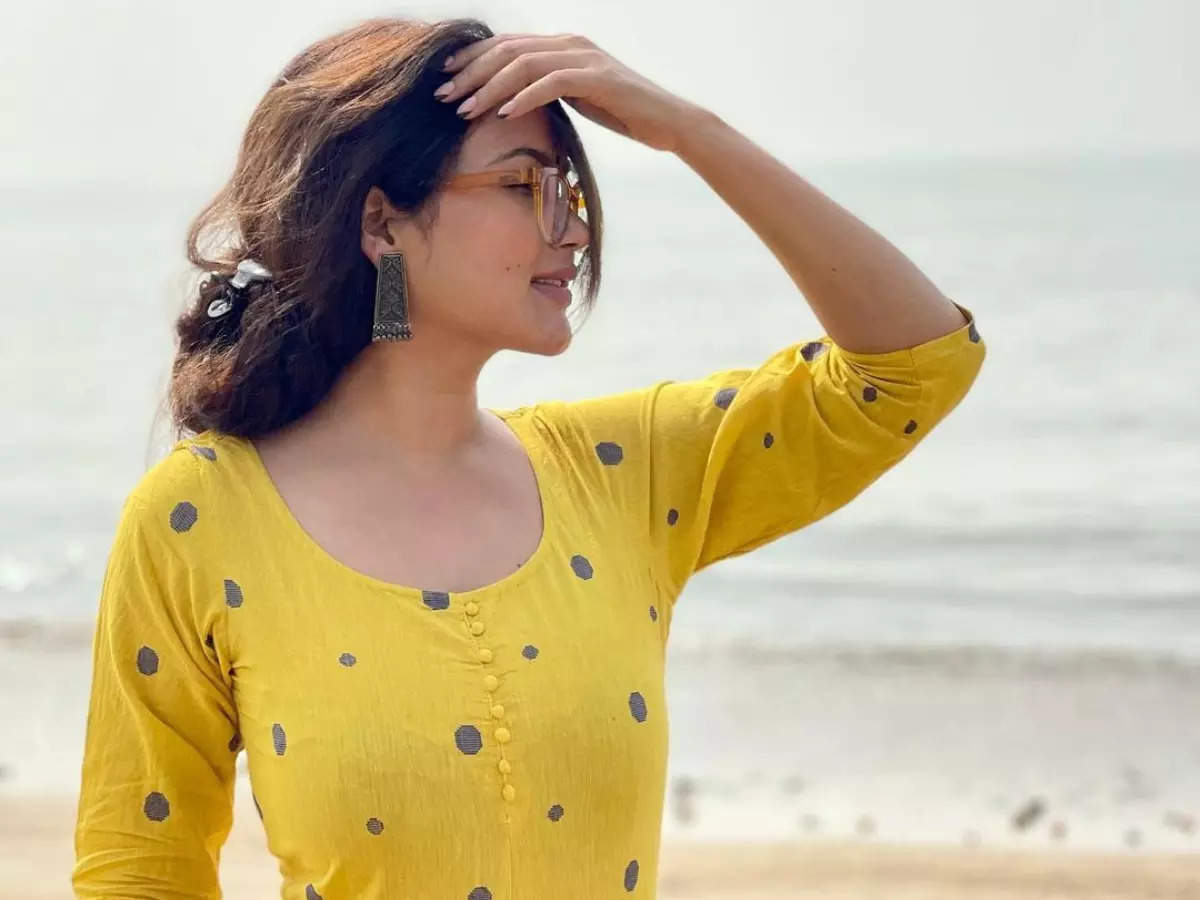 
After reading those nasty comments, I just dial my father’s number and talk to him and I am energised. My father is my energy capsule. Every person has different layers to them, if anyone likes me, my work, fine, if not, there’s nothing I can do. I know whether what I am doing is right or wrong. I am not harming the society, disturbing someone else, these are the things that one has to keep in mind as a human being. Nothing can be done about these trolls. The more you think, the more it will bother you. I don’t care. 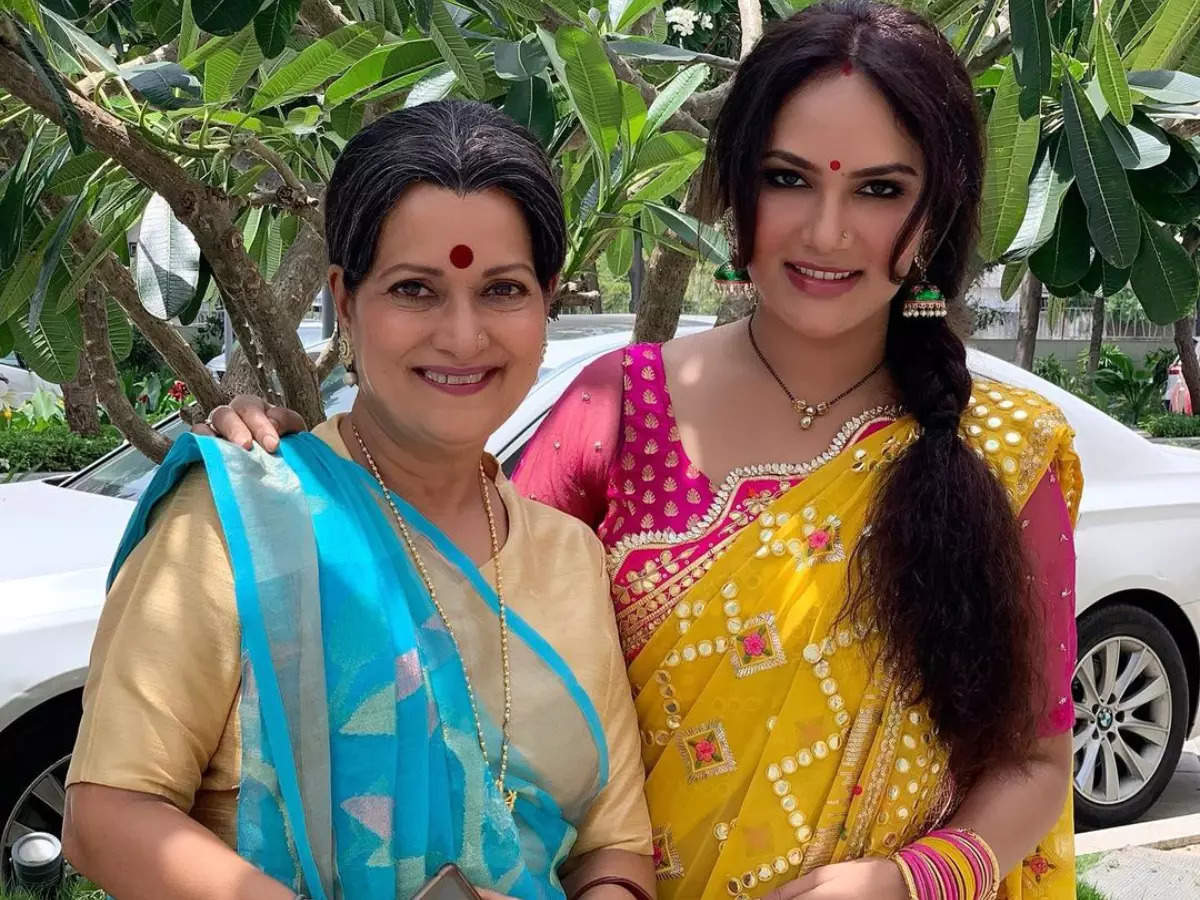 On working with Himani Shivpuri


I remember when I was doing the mock shoot, I was literally in awe of her and starstruck. I could just recall that saree scene from Dilwale Dulhania Le Jayenge and even now I request her, ‘Amma, ek baar vo scene kar do na.’ On my persuasion, she recreated that saree scene and posted it on Instagram. That was so sweet of her and I get to learn a lot from her. Her expressions are commendable and similarly with Yogesh (Tripathi) ji they work with a lot of stillness. I really enjoy when our scenes are together. My co-actors are so talented that I actually feel I have nine children. I really missed this family during the first lockdown.

Exclusive – Happu Ki Ultan Paltan’s Kamna Pathak aka Rajesh on rejections: I was told ‘not fit’ even before giving the audition; couldn’t understand where was I going wrong added by News89 Team on 13 January 2022
View all posts by News89 Team →