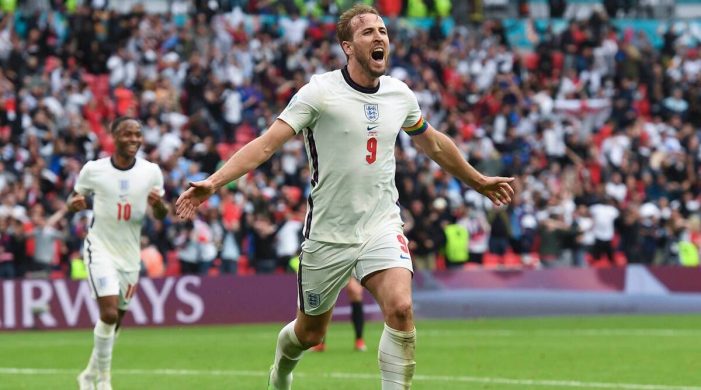 The goal Harry Kane scored against Germany, a textbook sniper’s header that put the contest and history to bed, was not just another goal for him. To him, it might have felt like the kiss of life, a symbolic release of pent-up burden, the moment his European Championship finally came alive. The celebrations were uncharacteristically loud and long, as if he were seized by a sudden current of energy.

Until that moment, the 86th minute of the match and his 332nd minute of the competition, he was a forlorn figure, weary and weaning, a yard or two off the pace, struggling to read the designs of his colleagues, and at an existential tussle with the magnificent player he is and the pallid imposter who was then on the field. Maybe, his body could take no more, he was on the back of a frenetic season; maybe, he longed for the familiar face of Son Heung-min, ripping like an apparition from the corner of his eyes, or maybe, simply, his mind was not there.

There were doubts that he was not at his physical peak, there were assumptions that a deeper role has neutered his goal-scoring threat, there was counsel that he should be more selfish in the box, there was the hypothesis that he, like several other England leaders, is withering in the burden of leadership. If he was spared of remorseless criticism that accompanies failures as an England captain, it was solely because of the person he is, so intrinsically likeable, so detached from hubris and celebrity-dom. So free of scandals and scuttlebutts.

In him, for a moment, they could see all the vanquished captains of the past, like watching a slideshow. A tragic-hero narrative in the making, the script getting stronger by day. He was passable against Croatia, invisible against Scotland, indiscernible against Czech Republic, clumsy against Germany in the first half, spilling a golden chance to put England ahead at the stroke of half-time. It was so uncharacteristic of Kane, ponderous and petulant inside the box. If he had not scored later in the game, it would have been the moment that symbolised his unseemly gooeyness. That was just his fifth attempt on goal (of which just two were on target, none even threatening to ruffle the nets) and just his ninth touch of the ball in that entire game. He has yet to make an assist, and just 68 percent of his passes found the man he had intended. Not something, a lot seemed wrong with him. His pace and positioning, vision and vim, everything seemed off-kilter.

Then, just when his world seemed to crumble, he conjured his moment of benediction, a goal through which shone his craft and running as well as desire and drive. The leap was mis-timed, he looked to over-reach the ball, but he delayed his moment of contact with the ball, his legs almost in a kneeling position in the air, his head stooped as he thundered the ball home, heads on like a bull.

Such moments could reignite careers and championships. Hereon, Kane could be a different Kane. Rather the Kane the Premier League is so accustomed to. His coach Gareth Southgate prophesies that it could turn out to be his Alan Shearer moment in the 1996 Euros. Shearer struggled throughout the group stages before coming alive in the knockouts after his goal against Switzerland. “I played with Alan in ’96, and the change in him once he got that goal [against Switzerland] was striking. So Germany will be a high release for Harry – there is no question about that,” he said a day before the quarterfinals against Ukraine.

Should he replicate a Shearer-like upsurge in form, England would be a devastating force. Southgate seemed to have settled on the potent permutation upfront too. It’s no happenstance that Kane has enjoyed his best moments when Jack Grealish too was on the field. Grealish is different from Son, and sits too much on the ball sometimes, but his creativity and passing have benefitted Kane. He need not drop as deep as he likes to these days to play-make, but prowl inside the box, where he is at his best.

Perhaps, England require less of the assist-churning machine he was with Spurs last year and more of the goal-scoring beast he had been in the previous seasons. And Kane, more than anyone else, would know that one goal does not a summer make. From the kiss of life moment in the Germany game, he has to rebuild his life in the Euros.