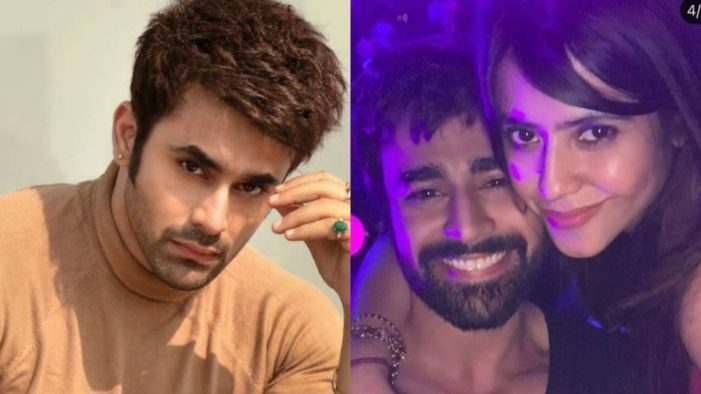 ‘Naagin 3’ actor Pearl V Puri has been arrested by Palghar police in Maharashtra in connection with an alleged molestation and rape case of a minor. The 31-year-old actor has been booked by Mira-Bhayander Vasai-Virar police, invoking charges of IPC Sec. 376 AB and POCSO Act, 4, 8, 12,19, 21 for the rape of the minor girl, said the officials. He will be produced before a local court later on Saturday for remand.

According to the Valiv Police Station, which lodged the case, the victim’s family had complained that Puri had allegedly molested and raped the girl, around two years ago.

After the news broke, TV Czarina Ekta Kapoor took to her Instagram handle to write a long note in support of Pearl.

“Will I support a child molester…or a molester of any kind? But what I witnessed from last night to now, was the absolute low in human depravity. How can humanity go to this level? How can people who are upset with each other, drag a third person into their own fight?,” Ekta wrote in her post.

“How can a human being take on another human being and do this? After various calls with the child‘s/girl’s mother, who openly said that Pearl was not involved and it’s her husband trying to create stories to keep her child and prove that a working mother on a set cannot take care of her kid. If this is true then it is wrong on so many levels! Using an extremely important movement like ‘Me Too’ frivolously, to get your own agendas met with and mentally torturing a child and making an innocent person guilty,” she further added.

“I have no right to decide, the courts will decide who is right & wrong. My opinion only comes from what the girl’s mother said to me last night & that is – Pearl is innocent …and it is very very sad if people are using various tactics to prove working mothers are unable to take care of their children, because there are predators on the set. I have all the voice notes and messages between the child’s mother and me which clearly points to the false allegations being put on Pearl. The film industry is as safe or as unsafe as any other business. To give it a bad name to get your agenda sorted is the lowest form of low ever. If by chance, Pearl is proved innocent, I request people to look more deeply into how the important & much needed movements in today’s time, are being used unfairly reducing the gravitas of the situation. May justice prevail! #MayJusticePrevail@pearlvpuri,” Ekta Kapoor ended a note.

Earlier, Pearl’s ‘Naagin 3’ co-star Anita Hassanandani too had come out in his support.

Pearl began his career as a television actor with the 2013 show “Dil Ki Nazar Se Khoobsurat” while Ekta Kapoor’s “Naagin 3” and “Bepanah Pyaar” made him popular. He was last seen in the television series “Brahmarakshas 2”.

An official statement on behalf of the actor is awaited.

While fans are heartbroken with the news of his arrest, a section of netizens are criticising the actor on social media posts for the allegation levelled against him.