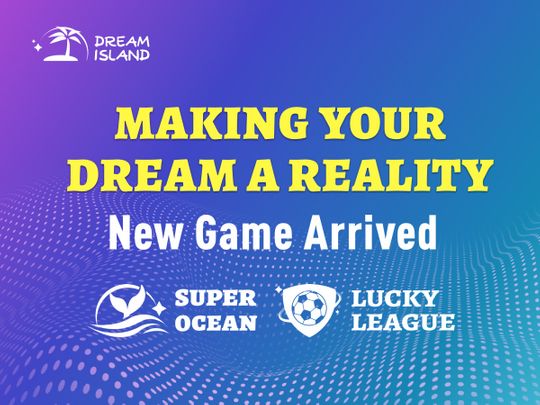 If you’re into football – or soccer, if you prefer – Sunday marks a momentous event: the first major international summer tournament in three years. Europe’s top players will be competing for continental glory and now, for the first time in the UAE, Dream Island players stand the chance to win cash prizes based on the results they expect throughout the tournament.

Players on Dream Island, the UAE-based cash prize-winning platform, can try their hand at two new games this June.

Lucky League: How it works

The first, Lucky League, is a captivating game based upon predicting the outcome of fixtures at Euro 2020. It’s pretty simple – all you need to do is predict which team will win a match (or whether it will be a draw).

There are one to two rounds of results you can guess each week, with seven games per round, all you need to do is to simply tap the flag of the team you think will win – or between them if you foresee a draw – for all seven fixtures. It’s that simple.

The first round matches are: Turkey vs Italy; Wales vs Switzerland; Denmark vs Finland; Belgium vs Russia; England vs Croatia; the Netherlands vs Ukraine; and Scotland vs Czech Republic.

By clicking on the European Cup banner on the Dream Island site, you’ll get a coupon for Dh7 that can be used for playing Lucky League.

Super Ocean: How it works

Of course, not everyone cares about football, and that’s OK. The Dream Island team has designed another new game: Super Ocean.

The Dream Island team is constantly working to freshen up offerings for players, and regular promotions are a big part of this strategy. Here’s what they’ve got in store this month.

Lucky Day: Invite five new users to Dream Island’s mega-draw after successfully registering yourself and each of them will get Dh5 playing credit in their accounts if they use the unique code you provide them – and you’ll get Dh25 to use on Lucky Day yourself.

Dh30 as referral rewards: Share your Dream Island link with 15 people who have never registered on the platform before and you’ll get Dh30 of playing credit once they’re successfully on board.

Win for free: New Dream Island players receive 100 per cent rewards – giving them the chance to win without spending anything the first time you play.

A platform that keeps evolving

“Dream Island’s performance is always improving, which makes the team behind it proud and motivated to develop more games and actively searching for the suitable, more convenient ways for the users in terms of type of games, payment solutions and more,” says a spokesperson. They point to player demand for exclusivity as a driver for ensuring each new game is well-thought-out and researched prior to launch.

“The main idea is to have a socially rewarding platform that might change people’s future and equally fun to discover.

This content comes from Reach by Gulf News, which is the branded content team of GN Media.