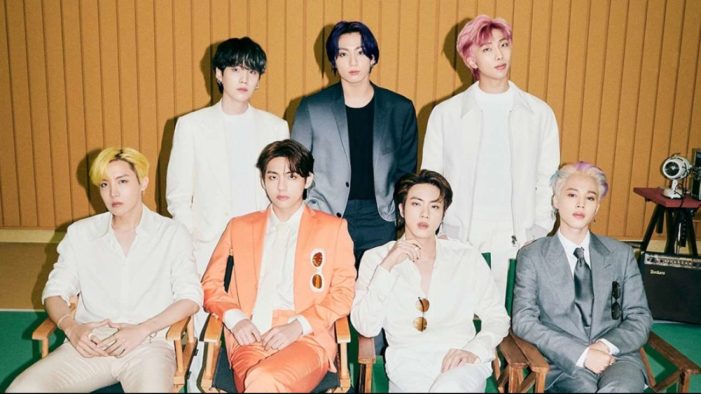 Jin, Suga, J-Hope, RM, Jimin, V, and Jungkook, members of the widely acclaimed K-pop group, have been enormously popular for a while now.

President Moon Jae of South Korea has nominated them as a “Special Presidential Envoy.”

He nominated Grammy-nominated boy band as the ‘Special Presidential Envoy for Future Generations and Culture’ on Wednesday, continuing their efforts in “spreading hope and positive energy” through music.

According to a series of tweets posted on the verified Twitter account of Office of the President, the Republic of Korea, the septet will also attend the 76th UN General Assembly in September as part of their duties.

“BTS will attend major international conferences such as the 76th UN General Assembly in September to deliver messages of comfort and hope to young people around the world as a ‘special envoy for future generations and culture’. We also plan to carry out various activities to promote international cooperation to solve global issues such as environment, poverty, inequality improvement, and respect for diversity”.

As a result, BTS will now represent South Korea at important international conferences in the future. They will also represent South Korea at the 75th UN General Assembly, which is expected to take place in September this year. Not only that, but BTS will also host a number of events and activities aimed at promoting worldwide cooperation in order to address global challenges such as poverty and injustice.

The tweet also referred to BTS’ latest track ‘Permission To Dance’ which talks about spreading hope and harmony.

I said, “The activities that BTS, which has been spreading hope and a positive energy to people around the world who have become exhausted from the prolonged COVID-19 crisis, will be carrying out as a ‘Special Presidential Envoy’ will greatly contribute to enhancing South Korea’s national status as a leading country in the post-COVID-19 era. We are looking forward to it.”

This isn’t the first time BTS has spoken at a United Nations event. In 2018, the group gave a speech at the United Nations about their ‘Love Myself Campaign’.