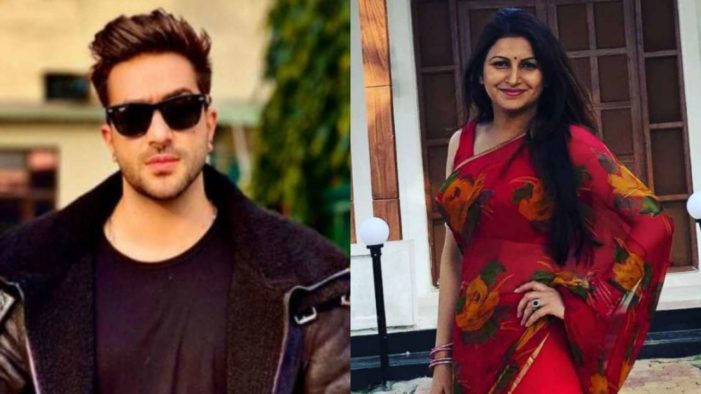 ‘Bigg Boss 14’ indeed saw many twists and turns in the relationships of the contestants. From Rakhi Sawant and Abhinav Shukla row to Devoleena Bhattacharjee losing her calm. One of the contestants, actor turned politician, Sonali Phogat made quite the headlines when she confessed her affection towards Aly Goni. She says that she still faces trolls because of it.

Sonali Phogat was seen confessing her feelings to Aly Goni during their conversation in the dining area on the show. Sonali had asked Aly whether it’s childish of her to reveal that she holds special feelings for him despite knowing that he was in love with actor Jasmin Bhasin.

Speaking to ETimes TV, Sonali said, “I think if someone expresses his or her feelings for the other person, I feel more than making fun of that person, we should appreciate them. But when I shared my feelings about Aly Goni, people started trolling me. They made fun of me, passed remarks and questioned my thinking. I was shocked that we are in the 21st century. My feelings were pure, I didn’t have any malice in my heart. I did not pretend to be something else inside the ‘Bigg Boss 14’ house, I showed my true personality. I did not lie about my feelings nor tried to fake anything. I wanted to show my real side in the ‘Bigg Boss 14’ house and wanted people to know me.”

She further added, “’Bigg Boss 14′ got over three months ago, but people still try to troll me by taking Aly Goni’s name. Whenever I post a picture or video on Instagram they will write Aly Goni in the comments. They don’t write anything else, just his name. I don’t get affected by these comments as I share a very close bond with both Aly and Jasmin Bhasin. I share a friendly bond with them just like I have with Rahul Vaidya, Arshi Khan or Rakhi Sawant. Whatever I felt I expressed on the show and it’s natural that when we stay in an atmosphere where we have no connection with the outside world, we develop feelings. It’s natural and I didn’t fake it.”

Sonali also praised Jasmin Bhasin for handling things maturely and understanding her feelings for Aly Goni. “I’ve known Jasmin for a long time and she has always been in contact with me. She has been part of my happiness and sorrows and we are in touch with each other through messages,” she concluded.

Sonali is currently at her family farmhouse in Haryana’s Hisar.