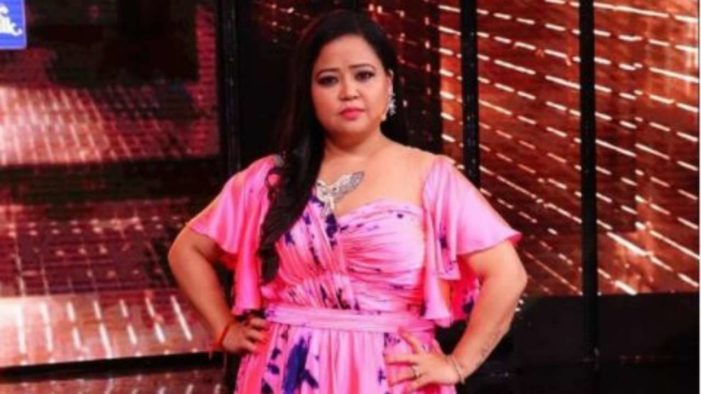 After offering a preview into the heartwarming conversation between him and Bharti Singh in a teaser, Maniesh Paul has released the first episode of his podcast shot in a studio.

On ‘The Maniesh Paul Podcast’, Bharti Singh unravels various secrets of her life, narrating an emotional tale of friendship between her and Maniesh, when during their days on TV together, they would help each other financially, aiding one another’s homes.

When Maniesh Paul mentioned that Bharti Singh was a national-level rifle shooter and archer, she said, “Now even I laugh when someone says this. Have you seen a fat girl lifting a rifle and taking aims? Athletes are slim and trim, seen in tracksuits. Yes, but it is true. I used to be a rifle shooter and even competed at the national level 12 years ago. I have represented Punjab in Pune.” She also said that she got into college under the sports quota.

“We used to get free food from the government. I also got ₹15 per day. They used to give us three coupons of ₹5 each and we could get a glass of juice with one coupon. You won’t believe, I used to have one glass of juice, just to ensure I have energy to stand there for hours and practise rifle shooting. The rest, I would save. At the end of the month, I used to get fruits and juices in exchange for those coupons and take them home. I could hardly swallow that one glass of juice, daily. It felt like Diwali, the fruits would be all placed and everyone circled around waiting for one piece of fruit,” she added.

During her conversation, Bharti also spoke about the extreme poverty she grew up in and mentioned the times when they did not have food at home. Bharti disclosed how her family is still not accustomed to the lavish lifestyle she can now afford.

Bharti stated that while her brother sold goods at a shop, her sister and mother sewed blankets in a factory. “Ghar jaane ka mann nahi karta tha (I didn’t feel like going home). I would stay in college with my friends, and eat at the hostel. I knew once I go back, I would have to face poverty. Live in that dim light,” Bharti said.

In fact, she also mentioned that her mother cooked at other’s homes and sewed decorative mata rani’s dupatta because of which there was the constant sound of the sewing machine at home. “I have lived in that noise for 21 years. I don’t want to ever go back there. I don’t have very big dreams but I keep praying to God that I am able to sustain what I have. We have eaten salt and roti but now we have dal, sabzi and roti. I just hope my family always has at least dal to eat. I will never want to face the situation or have my family go through that,” she told Maniesh.

Bharti Singh, who rose to fame with The Great Indian Laughter Challenge. She will soon be seen in the new season of ‘The Kapil Sharma Show’.