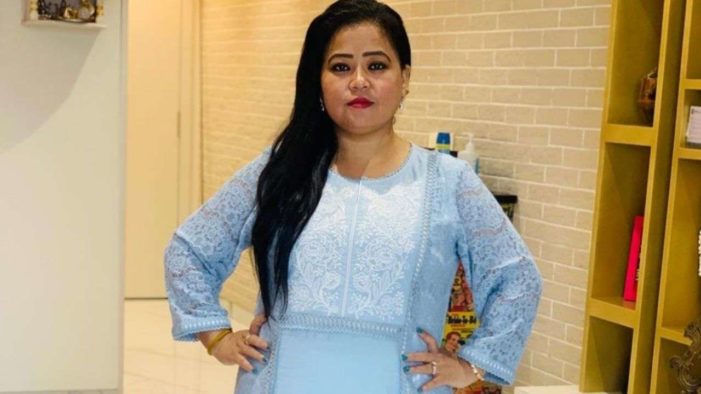 Bharti Singh can make you burst into laughter with just one punchline of hers. The comedienne started her journey with stand-up comedy and rose to fame with her child character ‘Lalli’. Over the years, Bharti has not only ruled the women’s comedy scene in India but has also become a successful TV personality and host.

Recently, Bharti appeared on actor and host, Maniesh Paul’s podcast where she made several startling and heartbreaking revelations about her past. On the show, Bharti opened up about the struggles she faced as a woman in the entertainment industry, before making it big and becoming a star.

Bharti revealed how during the initial days of her career, she was touched inappropriately by coordinators but did not raise her voice as she didn’t know the difference between right and wrong. She also said that now she has the confidence to fight back and speak for herself.

“The coordinators ( of shows) misbehaved sometimes. They would rub their hands on the back. I would know it’s not a good feeling, but then I would think that he’s like my uncle, he can’t be bad. Maybe I am wrong and he is right. So I thought this doesn’t feel right. I had no understanding. I have the confidence to fight now, for my body, for my honour. I can now say ‘what is the matter, what are you looking at , go out we are changing now’. I can speak up now, but I had no courage back then.”

During her conversation, Bharti also shared about the time when men from whom her father had taken debt would show up at their house and misbehave with her mother. She also spoke about the extreme poverty she grew up in and mentioned the times when they did not have food at home. Bharti disclosed how her family is still not accustomed to the lavish lifestyle she can now afford.

Bharti stated that while her brother sold goods at a shop, her sister and mother sewed blankets in a factory. “Ghar jaane ka mann nahi karta tha (I didn’t feel like going home). I would stay in college with my friends, and eat at the hostel. I knew once I go back, I would have to face poverty. Live in that dim light,” Bharti said.

Bharti Singh, who rose to fame with The Great Indian Laughter Challenge. She will soon be seen in the new season of ‘The Kapil Sharma Show’.