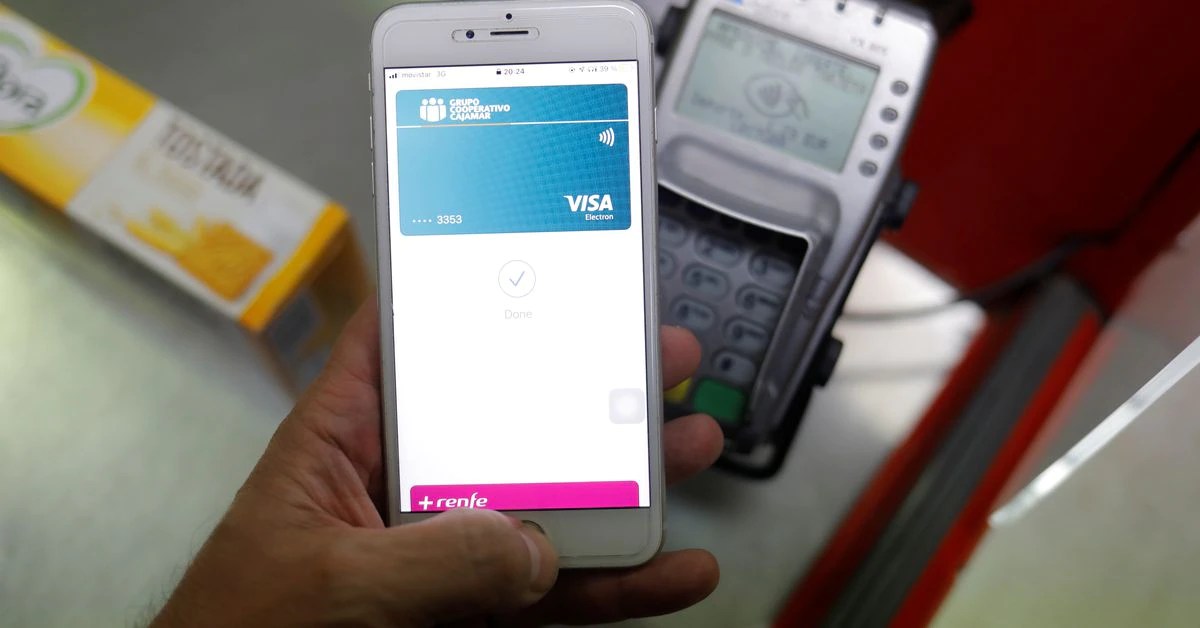 July 14 (Reuters) – A report that Apple Inc (AAPL.O) is working on a service to let users pay for purchases in instalments dragged down shares in the ‘buy now, pay later’ sector, which has thrived during the pandemic as online shoppers look for easier repayment options.

The U.S. tech giant will use Goldman Sachs (GS.N), its partner since 2019 for the Apple Card credit card, as the lender for the loans, Bloomberg News reported, citing people familiar with the matter.

The prospect of going up against a behemoth like Apple, as well as other entrants including PayPal (PYPL.O), was likely to test Australian pure-play BNPL firms that have so far gone unchallenged in a fertile U.S. market.

Shares of Australia-listed Afterpay, the country’s biggest BNPL provider which derives a big chunk of its revenue from the United States, dived nearly 10% on Wednesday.

Apple Pay is a bigger threat than potential offerings from banks or credit companies given its wide reach and superior consumer experience on a mobile website or in-store, a client note by Citi analysts said.

The BNPL industry has boomed as online shopping picked up pace during the global health crisis, with the number of merchants in the United States adding the repayment option nearly tripling in 2020, according to a McKinsey report.

In Australia, where the regulation of the fast-growing sector is light and adoption is higher compared to other markets, a Deloitte report said 30% of the consumers in the country have a BNPL account.

The sector’s fast-paced growth attracted Swedish firm Klarna, which has emerged as a major rival in Australia, and caught the attention of mainstream U.S. companies.

U.S. payments giant PayPal launched its service in Australia on Wednesday and raised the ante by saying it would do away with late fees, an area that had earned Afterpay close to A$70 million ($52.23 million) in fiscal 2020. read more

The Bloomberg report said Apple Pay users would be allowed to split their payments into four interest-free instalments, or across several months with interest – a model similar to rivals Klarna, Afterpay, Zip’s Quadpay and Affirm.

Afterpay said competition reinforces the significance of the sector and that each BNPL player operates a different model and generate revenue in different ways.

A Zip spokesman said Apple’s reported move validated the company’s business where it was growing customer numbers despite increased competition.