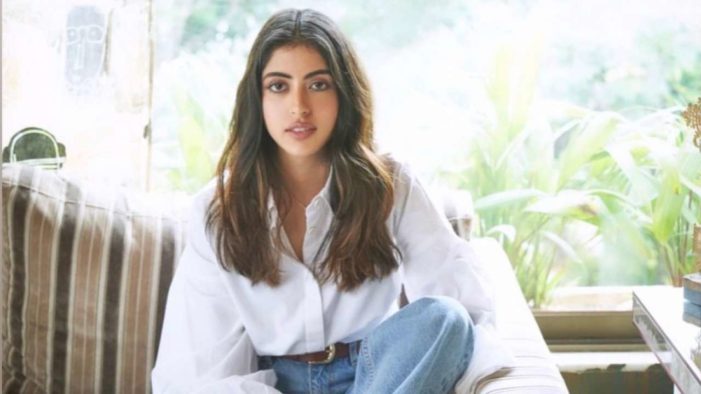 Amitabh Bachchan’s granddaughter Navya Naveli Nanda, has recently posted photos of herself, giving a glimpse of her house.

Taking to Instagram, Navya shared a series of pictures in which she looked stunning,

She captioned the post, “at home with @rohanshrestha & @alliaalrufai” followed by a bunch of person bowing emojis.

Fans loved the pictures and also showered her with comments.

A fan wrote, ‘The prettiest ever’. ‘Hot and cool look’ wrote another.

Navya has also revealed a glimpse of the house’s corner. The back of the sofa faces a glass window with a semi-transparent curtain that may be seen blowing in the wind. Through the glass wall, the rich foliage can be seen.

Navya Nanda is the daughter of Shweta and Nikhil Nanda, a businessman. Agastya Nanda is her younger brother. Navya, a Fordham University graduate with a focus on digital technology and user experience design, will be joining her family’s firm.

She will not pursue a career in cinema like her grandparents did. She told Vogue earlier in the year, “I’d be the first woman in the family’s fourth generation to take the helm. It gives me great pleasure to continue my great-grandfather HP Nanda’s remarkable legacy.” She’s also the co-founder of Aara Health, a company dedicated to female hygiene and health.