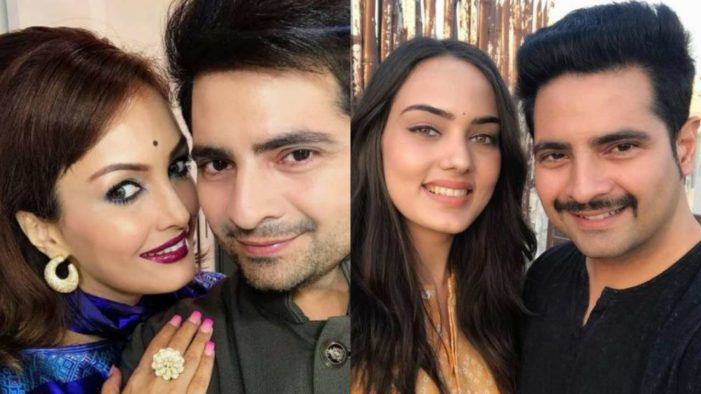 ‘Yeh Rishta Kya Kehlata Hai’ fame Karan Mehra has been in the news of late for all the wrong reasons. After his wife, Nisha Rawal filed a complaint against him accusing him of domestic violence and having an extramarital affair, Karan recently said that Nisha used to beat him up and he was suicidal.

Amid all the allegations and counter-allegations, on Friday, photos of Karan Mehra and his ‘Mawaan Thandiyan Chawan’ co-star Himanshi Parashar went viral on the internet. Not just that, a short Instagram chat that Karan left on one of the videos that Himashi shared too caught the netizens’ attention.

Now, this chat between Karan and Himanshi has been taking the social media world by storm after Nisha accused him of having an affair.

While both Karan and Himanshi have said nothing over their viral photos or chat, assuming that they would be flooded with comments on social media, both the actors have turned off their comments on Instagram.

In the meantime, when we checked on Nisha’s Instagram, we found her posts are still open for comments.

For the unversed, Karan Mehra was arrested by Mumbai Police on Monday night after he allegedly had a fight with his actor wife Nisha Rawal. A case has registered against Mehra at Goregaon Police Station in Mumbai. Meanwhile, police also recorded the statement of the actor.

According to Mumbai Police, there was tension between the couple for a long time over some disputes, but Sunday evening their brawl turned serious. The actor allegedly abused and pushed his wife causing hurt. The police registered a case under section 336, 337, 332, 504, 506 of the IPC on the basis of the statement of the actor’s wife and further investigation is underway.

Karan and Nisha got married in 2012. Karan rose to fame with his performance as the main lead Naitik Singhania in the Star Plus soap opera ‘Yeh Rishta Kya Kehlata Hai’, one of the most longest-running Indian TV serials. It also starred actor Hina Khan in the lead.