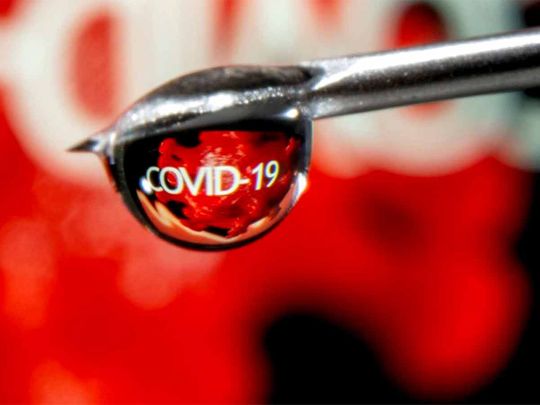 Abu Dhabi: An Abu Dhabi-based university has suggested its United States-based counterpart that the location of COVID-19 virus’ spike protein mutations is the key for the virus’ rapid spread in some parts of the world.

Spike proteins protrude from the surface of the Sars-CoV-2 virus, allowing it to latch on to cells to infect them. The virus has evolved to acquire mutations of this spike protein, so New York University Abu Dhabi (NYUAD) and the New York University have been studying them, in light of the fact that the mutations are known to enhance the coronavirus’ ability to bind to human cells or evade antibodies.

A corresponding study has been published in the peer-reviewed Journal of Molecular Biology.

In a statement, the universities said that rapid surveillance methods are needed to determine the biological effects of coronavirus variants and anticipate the spread of emerging strains.

“New and more transmissible COVID-19 variants have emerged in recent months, fuelling surges of cases in countries like India and Brazil. As a public health measure, rapid surveillance methods are needed to determine the biological effects of variants. But monitoring new variants is no small task; genome sequencing shows that the SARS-CoV-2 spike protein alone, for example, has about 5,000 possible variants. Screening such a large set of variants poses a tremendous challenge for conventional experimental methods. An advantage of computer-based modelling is that a hundred mutations can be readily assessed in a few days,” said Hin Hark Gan, lead author, and senior research scientist at New York University’s Center for Genomics and Systems Biology.

Gan and his colleagues turned to a computational method that models how the SARS-CoV-2 spike protein recognises the ACE2 receptor — a protein on the surface of many types of cells — to gain entry into host cells. Studies of coronavirus indicate that spike-ACE2 recognition is the basis for infection.

The researchers focused on screening the mutations where the spike protein and ACE2 receptors meet. They assessed 1,003 mutation combinations in the spike and ACE2 proteins, including those resulting in the fast-spreading spike variants that have originated in Brazil, South Africa, the United Kingdom and India.

Their systematic assessment of variants uncovered that spike mutations that bind tightly to the ACE2 receptor occur in two clusters or mutation “hotspots” on the binding interface. These hotspots are located in structurally flexible regions, indicating that mutations which increase binding can effectively reprogram the spike conformation to enhance its recognition of the ACE2 receptor.

The researchers also looked at single, double and triple mutations in the critical spike interface region, which make up some of the recently emerged infectious variants. Their modelling analysis suggests the spike variants S477N, N501Y, and S477N + E484K and E484K + N501Y — fast-spreading double mutants found in Brazil, South Africa, the US and UK — have increased binding to the ACE2 receptor relative to the original coronavirus that emerged in Wuhan.

Gan and colleagues observed that the E484K and E484Q mutations found in some recent fast-spreading variants are not only predicted to bind more strongly to ACE2, but have also been shown to confer antibody resistance. Neutralising antibodies are produced in response to viral infection and target different sites on the spike protein to prevent the virus from invading host cells. This prompted the researchers to look at another factor contributing to viral transmission: Antibody resistance of individual spike mutations.

In particular, the variant circulating in India has two mutations in the spike interface region: L452R and E484Q. This variant is not predicted to bind to the ACE2 receptor more tightly than the virus that originated in Wuhan, likely because the individual mutations have opposing effects (the L452R mutation binds less easily while the E484Q mutation binds more easily). Strikingly, however, both of these mutations are strong antibody evaders, a scenario not found in other recent variants, the researchers found.

“As more target-sites become resistant to antibodies due to viral mutations, the efficacy of existing antibodies and vaccines may diminish. This scenario is a likely cause for the rapid spread of the variant in India,” Gan said.

The study not only provides explanations for the coronavirus’ rapid spread — both mutations that enhance binding to human cells and help evade antibodies — but also points to a promising predictive tool in the ongoing public health fight against SARS-CoV-2.

“Our computational modelling method can be used as a real-time surveillance tool to screen for emerging infectious COVID-19 variants. It allows for a more timely response to emerging outbreaks and could be used to guide the development of new vaccines,” said Dr Kristin Gunsalus, professor of Biology and faculty director of Bioinformatics at NYUAD.

In addition to Gan and Gunsalus, study authors include Alan Twaddle in the Gunsalus group at NYU and NYUAD, as well as Benoit Marchand in NYUAD’s High Performance Computing Group.