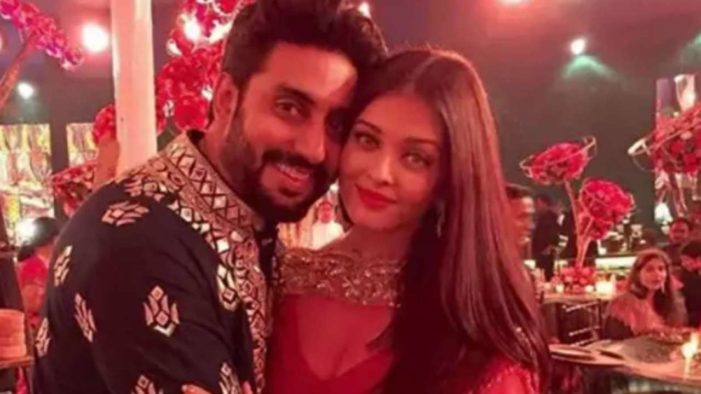 Abhishek Bachchan and Aishwarya Rai had tied the knot on April 20, 2007. Almost three years later they welcomed their daughter, Aaradhya Bachchan on November 16, 2011.

In a throwback interview, Abhishek Bachchan had revealed that when he and Aishwarya had gone to the Maldives to celebrate their first anniversary, instead of being romantic, it turned out to be a complete disaster. Abhishek recalled going for a romantic dinner date on the beach but the wind kept putting off the candles and there was sand in the food because of the wind and everything tasted like crap. Abhishek also advised men not to try this.

Earlier this year, Abhishek had opened up about falling in love with Aishwarya. Speaking with RJ Siddharth Kannan, he said, “We’d been friends for a very long time. Aishwarya was one of the first co-stars I’d ever worked with. Our first movie together was called Dhai Akshar Prem Ke, which was technically the second film I started shooting, as soon as I finished Refugee. So she’d been a dear, dear friend, and we’d worked in so many films together. It was a bit of both. The universe conspired to bring us together.”

He also went on to talk about the meaning of romance with Aishwarya, he said, “I think the most romantic, coolest thing about my wife is that I can spend hours just shooting the breeze with her. We can talk about all sorts of rubbish and have an in-depth conversation for hours. We’ve actually spent entire nights just talking. I think that’s the most romantic thing you can do for your wife, really—to just be there for her, make yourself available, share and listen.”

Abhishek was last seen in The Big Bull. The actor has Dasvi in the pipeline. As for Aishwarya, she has reunited with director Mani Ratnam for Ponniyin Selvan.